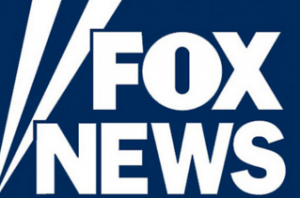 Donald Trump has been intermittently bashing Fox News anchor Megyn Kelly since last summer. His followers have done the same, tweeting misogynistic messages at her as Trump has continued to rail against her. Plenty in the industry have spoken out against his Kelly smear campaign, and some have been conspicuously silent.

After the events of this afternoon, Fox News is no longer among those being quiet. Today, Trump took to Twitter to continue harassing the lawyer and mother of three, calling her “sick” and demanding a boycott of her extremely popular and well-respected show:

Everybody should boycott the @megynkelly show. Never worth watching. Always a hit on Trump! She is sick, & the most overrated person on tv.

This came only three days after he retweeted fans who were saying disparaging things about Kelly. He called her “Crazy Megyn.”

Read the statement from Fox here:

This is not the first time Fox News has lashed out via statement at Trump for doing something ostensibly anti-Kelly, either. When the business mogul crowdsourced a decision on whether or not he should attend a debate that she was moderating, they bit back quickly.