Remember When Trump Was Concerned About Classified Information Leaks? Twitter Does

Remember When Trump Was Concerned About Classified Information Leaks? Twitter Does 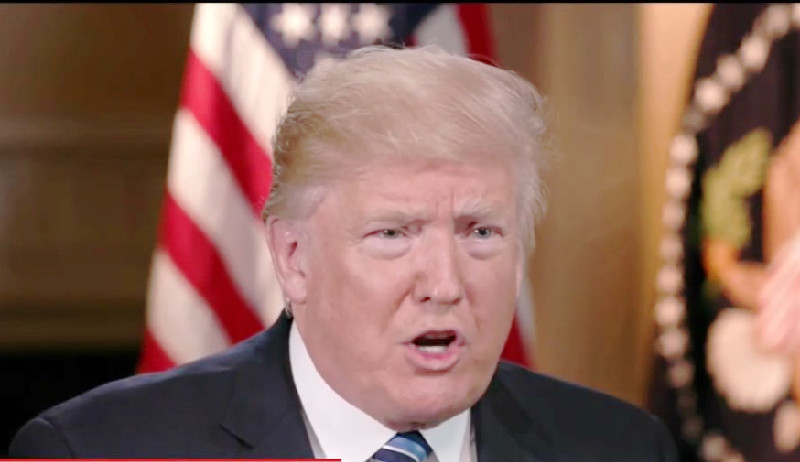 Donald Trump‘s rise to the presidency had a lot to do with his campaign being a condemnation of government officials who potentially endangered the country by making highly-sensitive information vulnerable. In light of tonight’s explosive report from the Washington Post, everyone on political media Twitter is taking time to reflect on that…

The political world has been set ablaze over a new report which states that the president revealed “highly-classified information” to top Russian officials who visited him at the White House last week. The information reportedly deals with anti-ISIS intelligence operations, and the information Trump shared with the Russians was “so sensitive that details have been withheld from allies and tightly restricted even within the U.S. government.”

Since Trump is most blunt while he’s tweeting, here’s a taste of what Trump has said in the past about people who leak information:

Crooked Hillary Clinton and her team "were extremely careless in their handling of very sensitive, highly classified information." Not fit!

The real scandal here is that classified information is illegally given out by "intelligence" like candy. Very un-American!

The real story that Congress, the FBI and all others should be looking into is the leaking of Classified information. Must find leaker now!

Now then, there have been a lot of people who have been blasting Trump tonight over what the report implies about his actions. In terms of Trump’s past tweets, however, the president’s critics are reminding everyone of what he himself said in times gone by:

We found the leaker… You're right, @realDonaldTrump, Congress & the FBI should be looking into this. I'm ready. pic.twitter.com/yINrPkIz6f

TRUMP: Comey better hope there are no tapes before he starts leaking

INTEL COMMUNITY: got it. check out today's Washington Post

There is no greater critic of Trump the president than Trump the unemployed TV host with an itchy Twitter finger https://t.co/IzFd72SX1J

I think we found him, cap. https://t.co/mipyVXQrEz

I have a good lead. https://t.co/rdZ7GAGAwD

His old tweets are like the Little Red Book of self-owns https://t.co/dQRvp67V2k

As a little bonus, let’s take a look at what Paul Ryan and Reince Priebus once had to say about people who expose classified information:

It's simple: Individuals who are ‘extremely careless’ w/ classified info should be denied further access to it. https://t.co/XWuvfDugly

Those who mishandled classified info have had their sec clearances revoked, lost their jobs, faced fines, & even been sent to prison