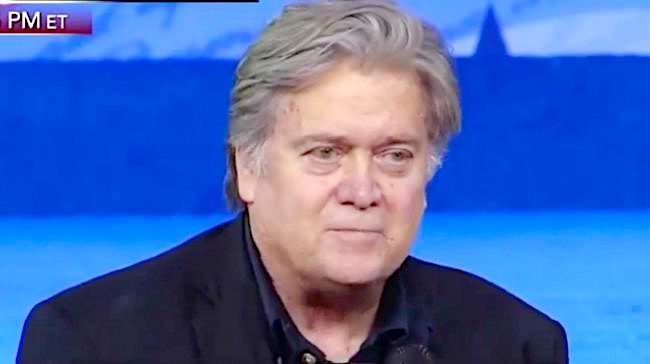 New reports suggest that White House strategic advisor Steve Bannon is telling Donald Trump to take names for everyone who stopped the president from replacing the Affordable Care Act yesterday.

The American Health Care Act (ACHA) was abandoned on Friday, shortly after House Speaker Paul Ryan told Trump that the bill was opposed by too many skeptical conservatives who promised not to vote for it. According to The Daily Beast, journalists spoke to White House officials yesterday, and they were reportedly told that Bannon wants Trump to make sure he never forgets the ones who sunk the new legislation.

“[Bannon] has told the president to keep a shit list on this,” one official reportedly said. “He wants a running tally of [Republicans] who want to sink this…Not sure if I’d call it an ‘enemies list,’ per se, but I wouldn’t want to be on it.”

The indication from White House officials is that Bannon and Trump are taking notice of Congressional figures who waver in their loyalty to the president. Bannon’s rumored list idea came a day after Trump held a meeting with the House Freedom Caucus in a failed attempt to garner enough support to ensure ACHA’s success.