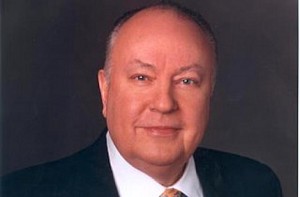 Much of the discussion today has been about President-elect Donald Trump finally tapping ExxonMobil CEO Rex Tillerson as his Secretary of State. It is also reported that former US Ambassador to the UN John Bolton will be the Deputy Secretary of State.

Well, it appears that Trump is considering another big (and controversial) name to fill out a top State post.

Al Jazeera’s Mehdi Hasan is also stating that Bolton, who used to work for Ailes at Fox News, is big on the Ailes selection.

John Bolton, Trump's Dep Secretary of State choice, is keen on Ailes, too. "Bolton and Ailes are buddies," my State Dept source reminds me.

It seems that Trump is floating out names like this, just as he did with Tillerson, to see the reaction.

Snr State Dept official to me: Trump "testing the waters to see how these appointments go" before releasing Roger Ailes name for a State job

Hasan himself, though, noted that he’s not saying Ailes will get the job, just that he has heard this from a source at State.

To be clear: I'm not saying it's gonna happen (!), just sharing what a snr State source told me re Ailes & that job. #dontshootthemessenger https://t.co/YWJjHssm4y

Trump spokesperson Hope Hicks has claimed that there is no truth to this story.

Hope Hicks on whether there's any truth to report that Roger Ailes is under consideration for State Dept. post: "Not a shred"

Trump spox says Roger Ailes is not being considered for Under Secretary for Public Diplomacy.