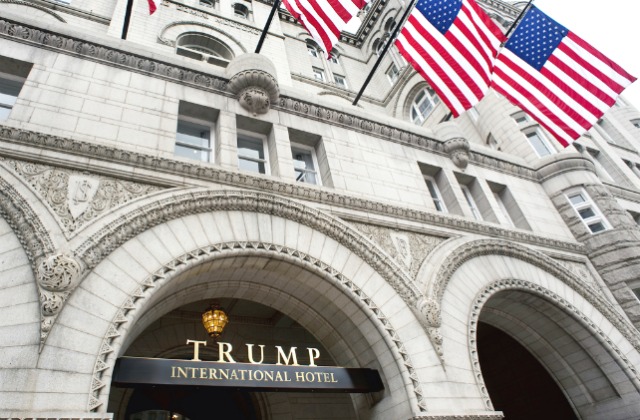 As part of a plan to triple the number of their hotels, President Donald Trump‘s company is reportedly looking to open a second Washington D.C. location.

According to The Washington Post, the Trump Organization is interested in acquiring an existing, medium-sized D.C. hotel and converting it to the company’s Scion brand.

In a recent interview with the Post, Eric Trump — who now runs the family business along with his brother, Donald Trump Jr. — said that he and Donald Jr. only provide what the paper describes as “basic updates” on the Trump Organization.

“Will I ever ask for anything that could otherwise benefit the business? Absolutely, emphatically not,” Eric Trump said.

Nevertheless, conflict of interest concerns remain, as the president has not divested from his business interests. According to the Post, the Government Accountability Office told Congressional Democrats last week that they would review matters related to Trump’s properties, such as his pledge to donate any money made from foreign governments to the U.S. Treasury.

Read the full report here, via The Washington Post