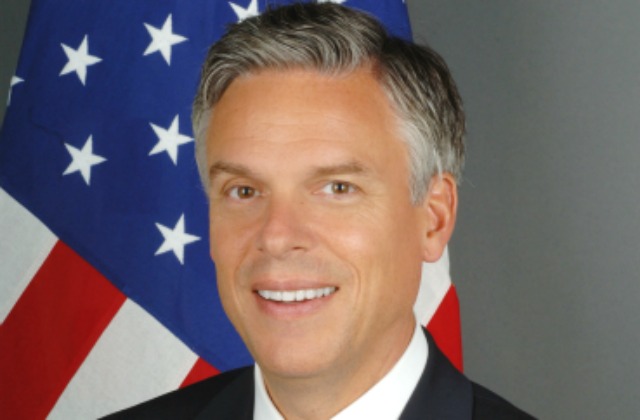 .@johnrobertsFox: Breaking News: Fox News has learned that @POTUS has tapped @JonHuntsman to be U.S. Ambassador to Russia. #SpecialReport pic.twitter.com/USpjdv08D9

According to Politico, Huntsman was offered the position earlier this week and “is in the process of submitting paperwork to accept the position.”

Because of the news tonight, this old Trump tweet from 2012 is getting renewed attention:

Jon Huntsman called to see me. I said no, he gave away our country to China! @JonHuntsman