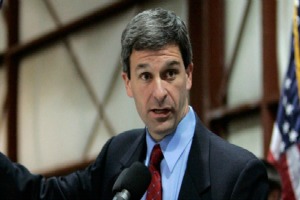 Ken Cuccinelli, the Republican Attorney General of Virginia, agreed with WMAL radio host Cheri Jacobus Tuesday when she insinuated that President Obama may have illegitimately won the election through lenient voting laws.

Jacobus stated, “He can’t win a state where photo ID is required. So clearly there’s something going on out there.” In fact, President Obama won Michigan and Florida, both of which have voter identification laws.

Jacobus’ co-host Brian Wilson claimed to have received several emails from listeners wishing to report voter fraud. He then asked Cuccinelli, “When you hear these kinds of stories, one wonders, why isn’t there a way for the Attorney General of the commonwealth of Virginia to get involved and to look into these matters?”

Cuccinelli told Wilson he was unable to investigate election violations unless state officials first requested an inquiry, but agreed that there “ought to be a way” for him to look into these matters. After Jacobus seemingly became angry with him for not investigating the voter fraud allegations, Cuccinelli stated, “Your tone suggests you’re a little upset with me. You’re preaching to the choir. I’m with you completely.”

After the interview, Noah Wall, political spokesman for Cuccinnelli, said in an email that Cuccinelli never meant to question the legality of President Barack Obama‘s campaign: “There is no question that President Obama legitimately won re-election. Ken was simply talking about the fact that there were problems on election day which need to be addressed.”

Have a listen, below: