Republicans Don’t Know Anything About Entrepreneurship

Republicans Don’t Know Anything About Entrepreneurship 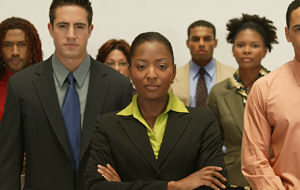 Over the weekend The New York Times delved into a crucial paradox: “Support for Republican candidates, who generally promise to cut government spending, has increased since 1980 in states where the federal government spends more than it collects. The greater the dependence, the greater the support for Republican candidates.” Which makes arguments by the conservative Heritage Foundation about how dependent the nation is on the federal government — and how it’s gotten worse during President Obama’s tenure — truly compelling.

This sort of cognitive dissonance isn’t shocking when you have folks who, during the healthcare debate, were saying, “don’t let the government touch my Medicare.” (Of course, that Medicare, the government-funded and mandated health insurance for those age 65 and older.)

What is shocking is how much guilt these voters have been snookered into feeling, and how consumption of government benefits doesn’t tell us what Republicans think it does.

Indeed, Republicans are right that government dependency is growing. That much cannot be disputed. The Times notes that in 2000, 37 cents of every dollar collected by federal and state governments went to safety net programs and that number had risen to 66 cents per dollar in 2010.

The Times spoke with Ki Gulbranson and others who are self-described “self-sufficient members of the American middle class and as opponents of government largess are drawing more deeply on that government with each passing year.” It’s not that Mr. Gulbranson is unaware of how dependent he is on the government; he expressed ambivalence regarding his thoughts and actions. And if denial is the first step to recovery, guilt is probably the second.

Folks like Mr. Gulbranson largely feel guilty for their dependence on government because they’ve bought into a woefully unsupported Republican concept: the more that individuals consume government benefits, the less motivation they have to seek self-sufficiency. Hence why Republicans talk about individuals pulling themselves up by their own bootstraps. But let’s assume their premise is true. After all, entrepreneurism is the epitome of self-sufficiency. And Republicans have long hailed small business as the backbone of our society. One could then conclude that as government benefits increase in an area, entrepreneurship decreases.

Trouble is, that conclusion is still forthcoming.

The Kauffman Foundation has a mission of fostering “economically independent individuals who are engaged citizens” and is one of the thirty largest foundations in the country (based on their $2 billion asset size). Every year, beginning in 1996, they have released an ‘Index of Entrepreneurial Activity’ which surveys the growth and trends of entrepreneurship. In 2010 they noted the following:

While entrepreneurship bloomed in these states, so did government benefits. The Tax Foundation, a nonpartisan center dedicated to tax policy and advocacy, lists the level of federal tax dollars received per tax dollars paid for every state. Of those five states where entrepreneurship was highest, four received more from the federal government per dollar in benefits than they paid in taxes: Oklahoma 1.36; Montana 1.47; Idaho 1.21; and Arizona 1.19. Only Texas — which was the least entrepreneurial of the five — paid more than they received back — 94 cents per dollar.

Moreover, if Republicans were correct about individuals becoming more and more dependent on government, those individuals nearest to eligibility for mandatory Social Security and Medicare benefits — guaranteed retirement pay and comprehensive health insurance — would become less productive. Yet the opposite was true.

Older Americans, on average, were more productive than their younger counterparts. “In every single year from 1996 to 2007, Americans between the ages of 55 and 64 had a higher rate of entrepreneurial activity than those aged 20-34.” And not by a small amount either. During that 11 year period those aged 55-64 “averaged a rate of entrepreneurial activity roughly one-third larger than their youngest counterparts.”

And for all the Republican talk about tax policy being the driving influence on entrepreneurs starting, investing, and growing businesses, research shows that “[t]op marginal tax rates on individual and corporate income do not have statistically significant effects on state entrepreneurship rates.” So Republicans are wrong on government benefits and wrong on entrepreneurship. But one Republican believes he does have some answers. Chip Cravack, a recently elected congressman who represents the area where Mr. Gulbranson lives, said to a group of supporters “[w]e have to break away from relying on government to provide all the answers.”

Never mind that Mr. Cravack has admitted in the past to accepting unemployment benefits in the 1990s. Or that he believes that “government should not reduce its largest category of spending — benefits for the current generation of retirees.” Nope, the true measure of cognitive dissonance is that he doesn’t even support cutting benefits for those who will turn 65 in the next 10 years. Just shows that sometimes the only thing worse than hypocrisy is the ignorance that predates it.