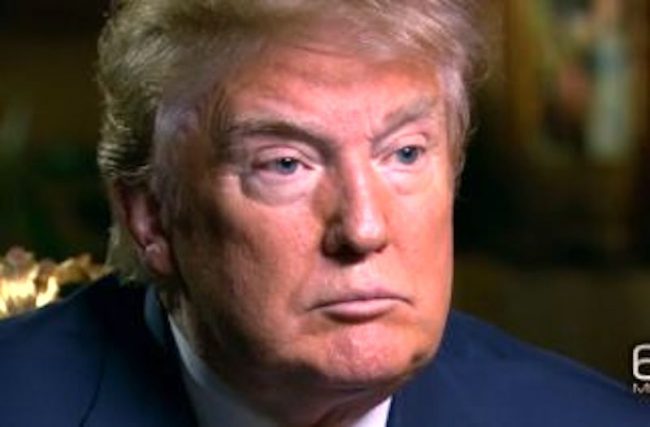 Reuters spoke with Donald Trump on Thursday, and the president reportedly expressed a great deal of interest in building up America’s atomic weaponry.

Trump said in the interview that America has fallen behind the nuclear might of other nations, and that it must regain its status at the “top of the pack.” Trump also said he was “very angry” with Russia and North Korea about missile launches from both countries in recent weeks.

Russia possibly violated the the 1987 Intermediate-Range Nuclear Forces (INF) Treaty several days ago when it secretly launched a land-based cruise missile capable of carrying a nuclear warhead. As for North Korea, Trump said he would consider pressuring China to exert more influence on Pyongyang (the North Korean capital) due to the rogue nation’s latest ballistic missile test.

Following his victory in 2016 election, Trump has said that America must increase its nuclear capabilities, and suggested an end to nonproliferation policy with a new “arms race.”