Rick Santorum’s Campaign Really Just Made An Ad Where His Picture Is Splattered With Frothy, Brown Sludge
video

Rick Santorum’s Campaign Really Just Made An Ad Where His Picture Is Splattered With Frothy, Brown Sludge

This has to be on purpose, right? There’s no way that Rick Santorum’s campaign would release an official ad in which his picture is splattered with chunky brown liquid without knowing what it looked like. They totally did this on purpose. Right? Right?!

RELATED: Mitt Romney On Rick Santorum: We’ve Seen What Happens When A President ‘Has No Experience Running Anything’

The ad I’m referring to is one released by Santorum yesterday on YouTube and entitled “Rombo.” In it, a Mitt Romney lookalike runs around a warehouse of some kind shooting at a cardboard cut out of Santorum. This is supposed to represent Romney’s “mud slinging” and, as such, Santorum’s team decided to have the fake Romney’s gun shoot mud. Or, at least, it’s supposed to be mud.

How about we compare a screen grab from the ad with a screen grab of Santorum’s least favorite website, Dan Savage’s SpreadingSantorum.com? 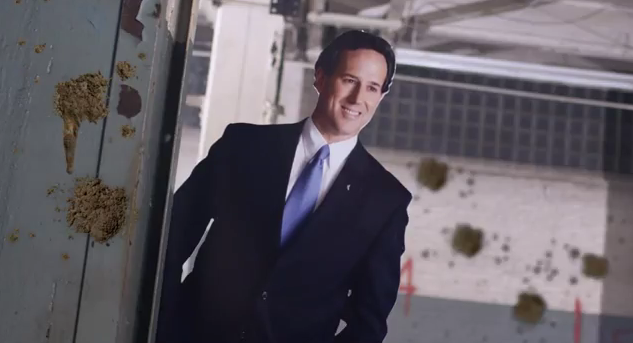 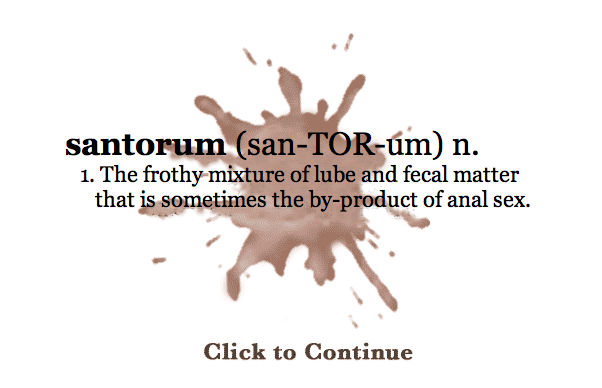 How could they not have known what they were doing? Savage’s site is the number one search term for “Rick Santorum” on any number of online search engines, something that, for years, people have been saying is one of the biggest problems facing the candidate’s career. And he made an ad that literally has frothy, brown stuff being flung at his own face?

On Tumblr, comedian Justin Grace theorized that this was actually a trap that Santorum’s team set for Romney. As an “underfunded candidate,” Grace argues, the team needs publicity and are hoping that someone in Romney’s camp will call out the “santorum” connection, thus making them seem even dirtier (Romney had a good chance to take the bait this morning but didn’t).

It’s a good theory and one I’m going to subscribe to. Not because I necessarily think that’s what’s happening, but because it’s the only explanation that isn’t entirely insane. We know that Rick Santorum is very aware of his “Google problem,” so why in God’s name would he “approve” an ad that seems to actively court it? Even if people like Grace are right and Santorum just wants his ad getting air time in any way possible since he has less money than Romney, why would he want to remind people about this? Sure, it’s been getting a lot of play on places like MSNBC today, but is it worth it? I mean, there are people that still don’t know the other definition of “santorum.” He’s just giving them another excuse to learn it.