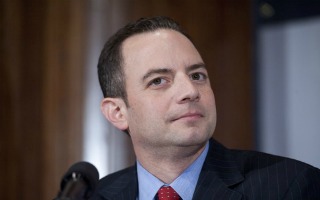 Priebus told National Review that he was not entirely certain why he was traveling to battleground states on presidential conveyance methods like Air Force One when he made similar campaign-related trips last year to the Midwest on a specially constructed, “million-dollar” black bus:

Sometimes I think a there’s a special device strapped onto the bottom of Air Force One that allows it to land only in battleground states.

It also seems as if that million-dollar bus the president bought last summer just happened to go down every interstate highway of every battleground state, and never found its way into North Dakota and Tennessee.

What took so long? Like any legal analysis, the issue of what’s reasonable can change depending upon the facts. But the president has reached the point of obnoxiousness with campaigning on the taxpayer’s dime.

When asked whether it was fair to attack President Obama over his semi-official campaign visits because it is a practice that is embraced to some degree by all presidents, Priebus pushed back against that assertion.

It wasn’t even credible to try to compare what Obama was doing in three and a half years with what George W. Bush did in eight years. He dwarfed anything Bush did. It reached a point where we said, “Listen, this is so out of line and obnoxious, we have to send this letter.” On the question of whether Obama’s people will blow it off or not, it was pretty interesting that we sent the letter at 4:30 and an hour later their campaign sent an e-mail for a 6:30 conference call, and then they released a statement that their official campaigning was about to begin. Is it a coincidence? I’m not sure, but it certainly looks as if it woke them up.