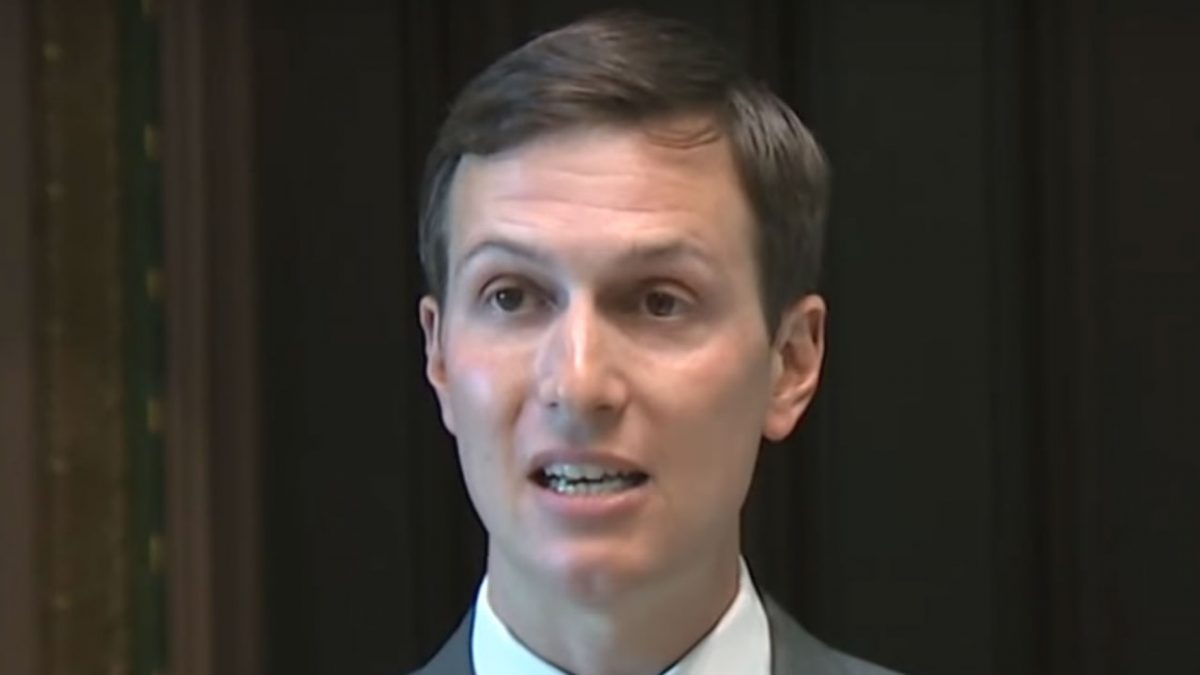 The RNC is now going out of its way to defend… Jared Kushner.

Yes, with all the scrutiny surrounding Kushner recently on his security clearance and business ties, a spokeswoman for the Republican National Committee has an op-ed out coming to the defense of the President’s senior advisor/son-in-law.

The op-ed from Kayleigh McEnany says that far from being part of the swamp, Kushner is actually helping President Trump drain it:

As Kushner continues to make government accountable to the people, the Washington swamp — including the media and DC bureaucracy — has retaliated with a Kushner takedown effort, hiding or downplaying his accomplishments while engaging in character assassination.

She cites examples of what Kushner’s done over the past few days before saying the media’s instead going after him with a “barrage of contrived smear stories about Kushner’s interactions with CEOs or security clearance dominate — attacks clearly fueled by those who resent Kushner’s plans to change Washington.”

The media continues to conveniently ignore the new thinking and real change Jared Kushner has brought to Washington.https://t.co/qaA4bZbrLj