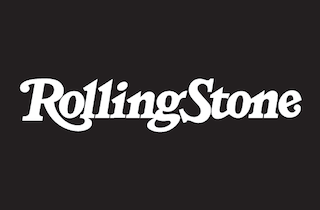 Last Friday Rolling Stone published a brief and, to many, unsatisfactory Readers Note retracting a large part of its story on a UVA gang rape, which was falling apart in the face of the Washington Post’s re-reporting. The note cited “discrepancies” in Jackie’s account and said the magazine and writer Sabrina Rubin Erdely had misplaced its trust in her. Many demanded further details on said discrepancies, and thought the editors had erred in blaming Jackie when verification of her story was the magazine’s responsibility.

Managing editor Will Dana has since updated the note. The magazine listed much of the new information uncovered by the Post, and updated its last paragraph to claim responsibility for the shortfalls in reporting.

Below is the original paragraph, followed by the revised one:

ORIGINAL: In the face of new information, there now appear to be discrepancies in Jackie’s account, and we have come to the conclusion that our trust in her was misplaced. We were trying to be sensitive to the unfair shame and humiliation many women feel after a sexual assault and now regret the decision to not contact the alleged assaulters to get their account. We are taking this seriously and apologize to anyone who was affected by the story.

REVISED: We published the article with the firm belief that it was accurate. Given all of these reports, however, we have come to the conclusion that we were mistaken in honoring Jackie’s request to not contact the alleged assaulters to get their account. In trying to be sensitive to the unfair shame and humiliation many women feel after a sexual assault, we made a judgment – the kind of judgment reporters and editors make every day. We should have not made this agreement with Jackie and we should have worked harder to convince her that the truth would have been better served by getting the other side of the story. These mistakes are on Rolling Stone, not on Jackie. We apologize to anyone who was affected by the story and we will continue to investigate the events of that evening.