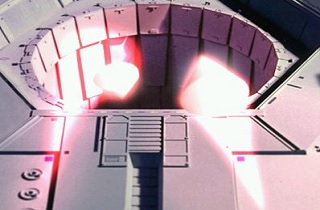 This week saw the release of The Paul Ryan Budget III: Return Of The Unfed-i, and while the new-new Ryan budget is new and improved with Extra Obama, there’s an awful lot that’s familiar about it. Friday morning saw some more deja vu, as the non-partisan Tax Policy Center, which the Mitt Romney* once praised as an “Objective Third Party” think tank, set its phasers on “kill,” and blew the latest Ryan budget apart like a womp rat with a limp. The report found that Ryan’s budget gives a $1.2 million tax cut to the top .1 percent of earners, and leaves a $5.7 trillion hole in the deficit.

House Budget Committee Chair Paul Ryan’s (R-WI) fiscal plan promises to balance the federal budget in 10 years, make major cuts in income tax rates for both individuals and corporations, and raise the same amount of revenue as current law. If House Republicans want to do all three, they will have to eliminate trillions of dollars in popular tax preferences.

The Tax Policy Center estimates that cutting individual rates to 10 percent and 25 percent, repealing the Alternative Minimum Tax and the tax increases included in the Affordable Care Act, and cutting the corporate rate from 35 percent to 25 percent would add $5.7 trillion to the deficit over the next decade. Thus, if House Republicans want to cut these taxes and still collect the revenues they promise, they’d have to raise other taxes by $5.7 trillion.

The tax cuts described in Ryan’s budget would generate a huge windfall for high-income taxpayers. On average, households would get a cut of $3,000. But those in the top 0.1 percent of income, who make $3.3 million or more, would get a whopping $1.2 million on average–a 20 percent increase in their after-tax income.

If that $5.7 trillion figure sounds familiar, that’s because, like much of the news surrounding Ryan’s budget, it is. That’s slightly more than the $5 trillion that Ryan and Mitt Romney couldn’t explain when they got their asses handed to them in November. Now charged with helping to lead the Republican Party out of the Tatooine that Romney stranded them in, Ryan has, instead, opted to build his new Death Star with the exact same ventilation shaft that blew up his last one.

Now, it gets a little wonky here, but the Tax Policy Center also adds in a few caveats that might tempt you to think it’s not as bad as it sounds, such as the fact that they estimate Ryan would have to eliminate 30% of all deductions in order to make up for the revenue lost to tax cuts. That still sounds like a lot, but maybe not impossible? It’s actually much, much worse, though:

…(T)he simple act of lowering rates makes tax expenditures less valuable. With a top rate of 39.6 percent, a $1 deduction is worth 39.6 cents to a top bracket taxpayer and Treasury loses the same 39.6 cents. If Congress cuts the top rate to 25 percent, the deduction would be worth less and eliminating it would produce fewer dollars for the Treasury.

I’m no mathematician, but it seems to me that this effectively jacks that 30% up by almost half, so now, you have to eliminate about 42% of all deductions to offset the tax cuts, and that’s before the TPC’s other caveats.

Here’s the secret, though, that no one realized last time: the Tax Policy Center doesn’t believe in The Force, which is how Ryan’s tax cuts pay for themselves. Unfortunately, The Force, like Ryan’s balanced budget, isn’t real.