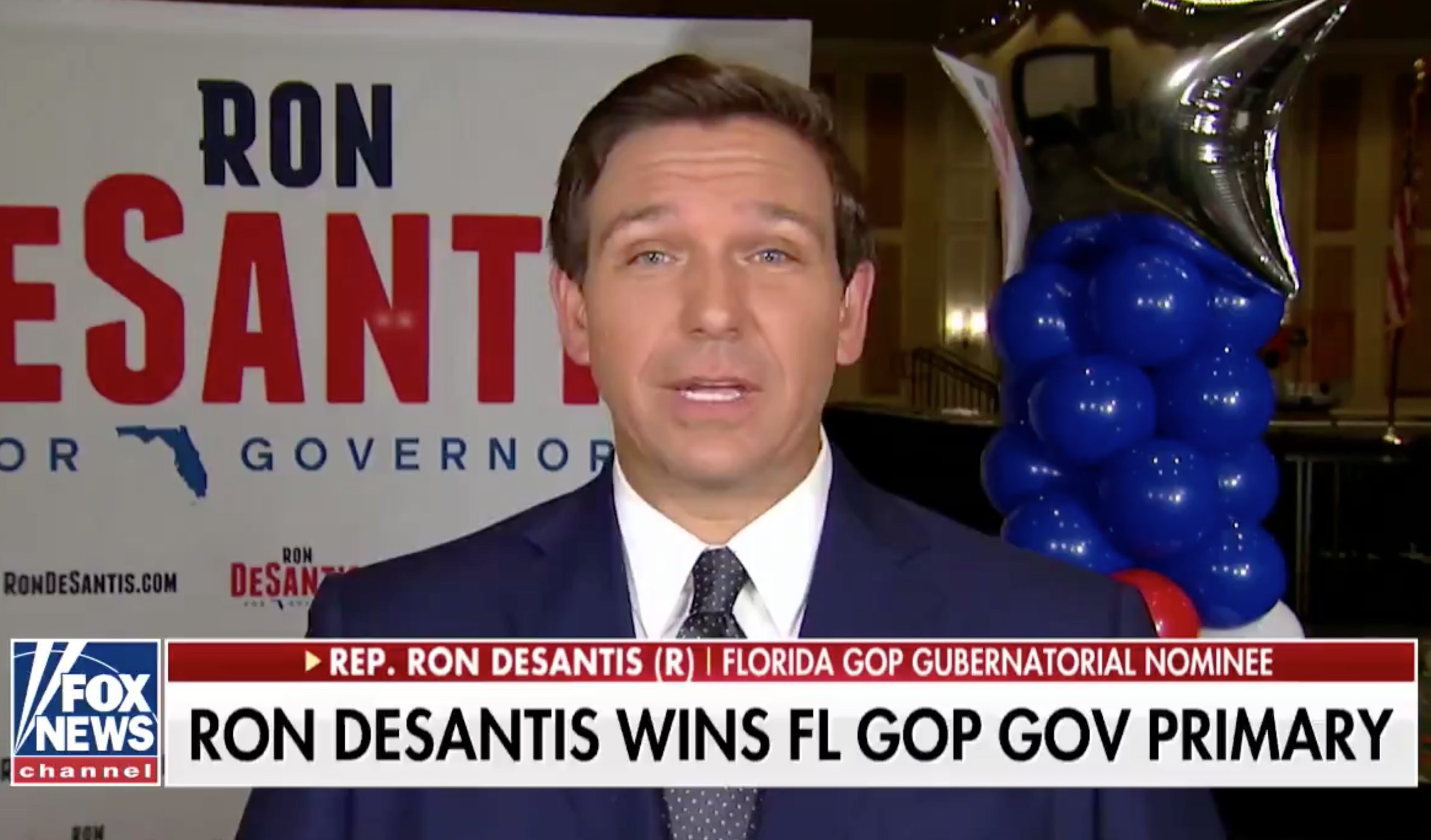 Rep. Ron DeSantis (R-FL) is something a frequent flier on Fox News and Fox Business.

According to Politico, DeSantis has appeared on Fox News and Fox Business over 100 times in this year alone, and his ubiquitous appearance on the networks gave him the edge to win the Republican primary in his district and to be endorsed by President Donald Trump.

Since Trump’s endorsement in late December 2017, Politico reports, DeSantis has made 121 appearances on Fox News and Fox Business – a chunk of television coverage that his campaign estimates would have cost $9.3 million.

As Politico succinctly puts it: For Republicans, all politics isn’t local — it’s on Fox News.

“We are in a political environment where far more attention is being paid to what is happening in Washington than what is happening in Tallahassee,” Todd Harris, a lead consultant for DeSantis, told Politico, adding that going on Fox networks is “fishing where the fish are.”

“DeSantis was already a figure on Fox, and the timing of everything just worked out perfectly for him,” Rep. Matt Gaetz (R-FL), also a very frequent guest on the Fox networks, explained to Politico, adding: “I used to make fun of Ron for putting on makeup. And now I had to go to him for tips to put it on and hide the circles under my eyes.”