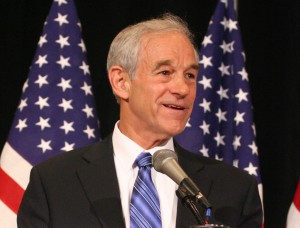 Ron Paul’s campaign tells TPM that the presidential candidate did not write a signed direct mail piece in 1993 aimed at attracting subscribers to his newsletter by warning of a “coming race war” and a “federal-homosexual cover-up on AIDS.”

“Dr. Paul did not write that mail piece and disavows its content,” spokesman Jesse Benton said in an e-mail.

Earlier, Paul’s Iowa chair Drew Ivers told Reuters, who first posted the direct mail piece online, that Paul took responsibility for content bearing his signature even if he likely does not “embrace” some of the letter’s more extreme views. But Benton said that Ivers was not in a position to comment.

“Drew Ivers is a great guy and leader, but he was not speaking on behalf of the campaign and is not acquainted enough with the issue to have the facts,” Benton said.

Paul is currently facing a torrent of media scrutiny over a newsletter he published in the 1980s and 1990s that featured racist, homophobic, and ant-Semitic content along with a raft of fringe conspiracy theories. He denies having either authored or read the most offensive content, but has not offered up an explanation as to who wrote the publication and how he hired them. His explanation has also changed somewhat since the newsletter issue was first raised in 1996.

Note – this post was written by Benjy Sarlin for Talking Points Memo and appears here via a content sharing agreement with Mediaite.