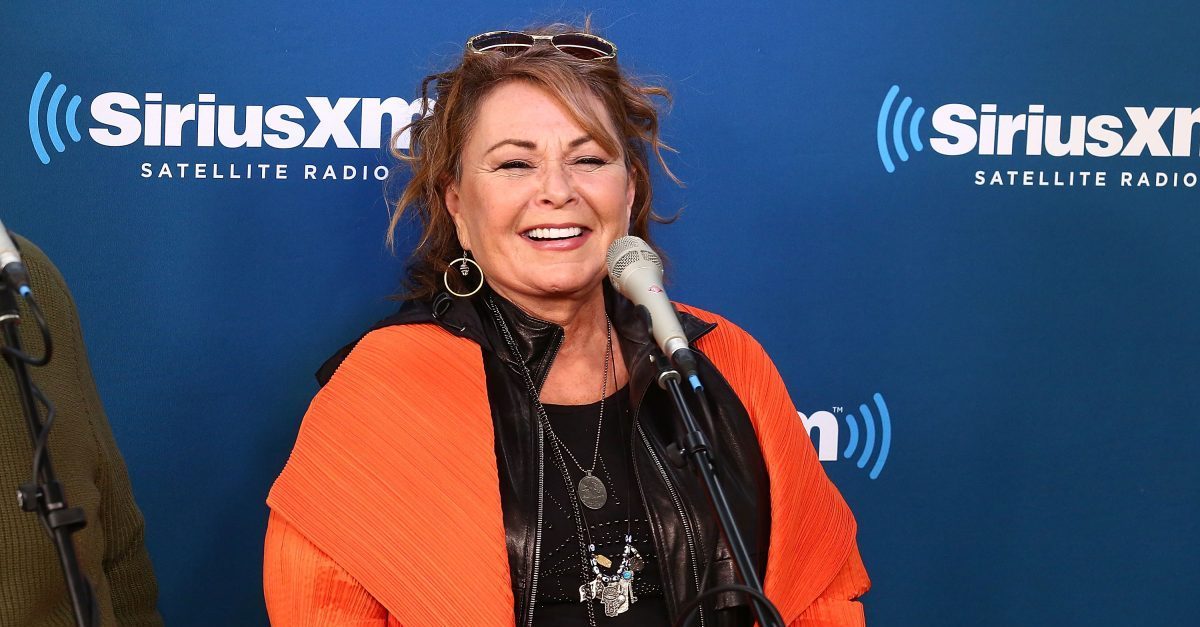 Roseanne Barr is back on Twitter tonight after her show’s cancellation and, well, she appears to be back at it.

First off, she appears go be going after her former network’s daytime talk show The View, retweeting 1) people who want Joy Behar fired for her mocking comment about Christians who talk to God, and 2) someone who tweeted a very obviously fake photo of Whoopi Goldberg wearing a disturbing, violent anti-Trump shirt. 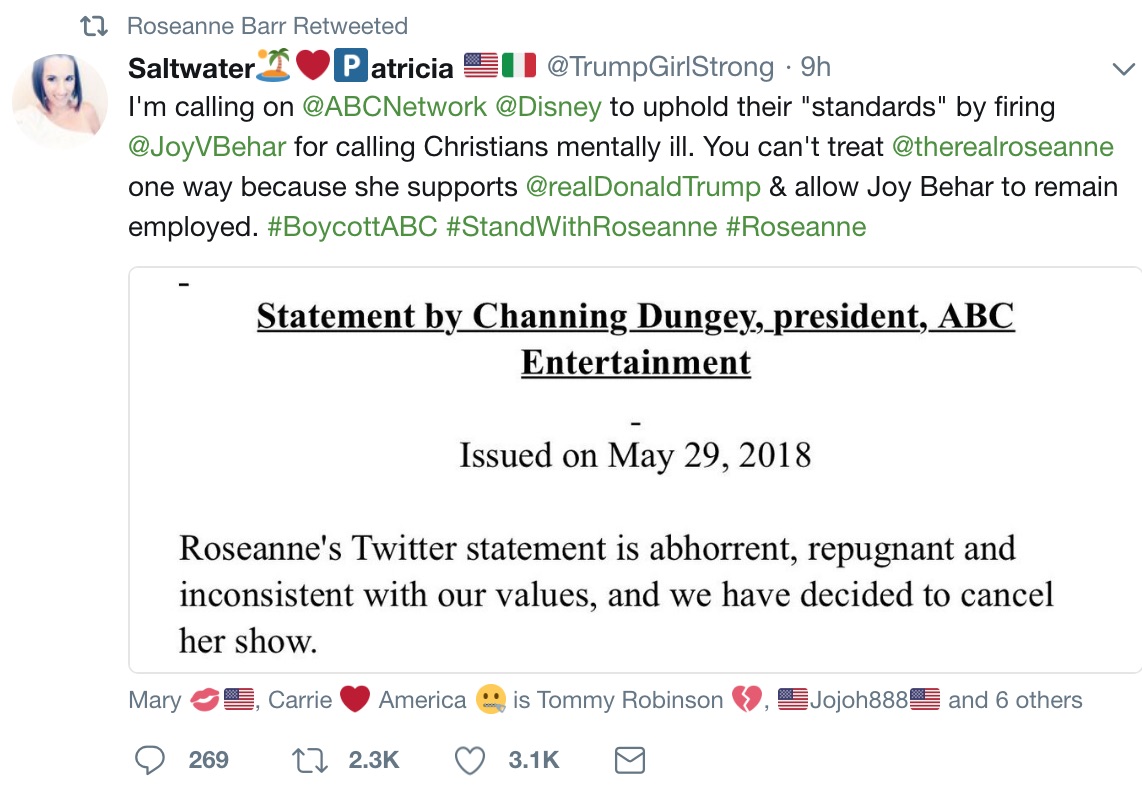 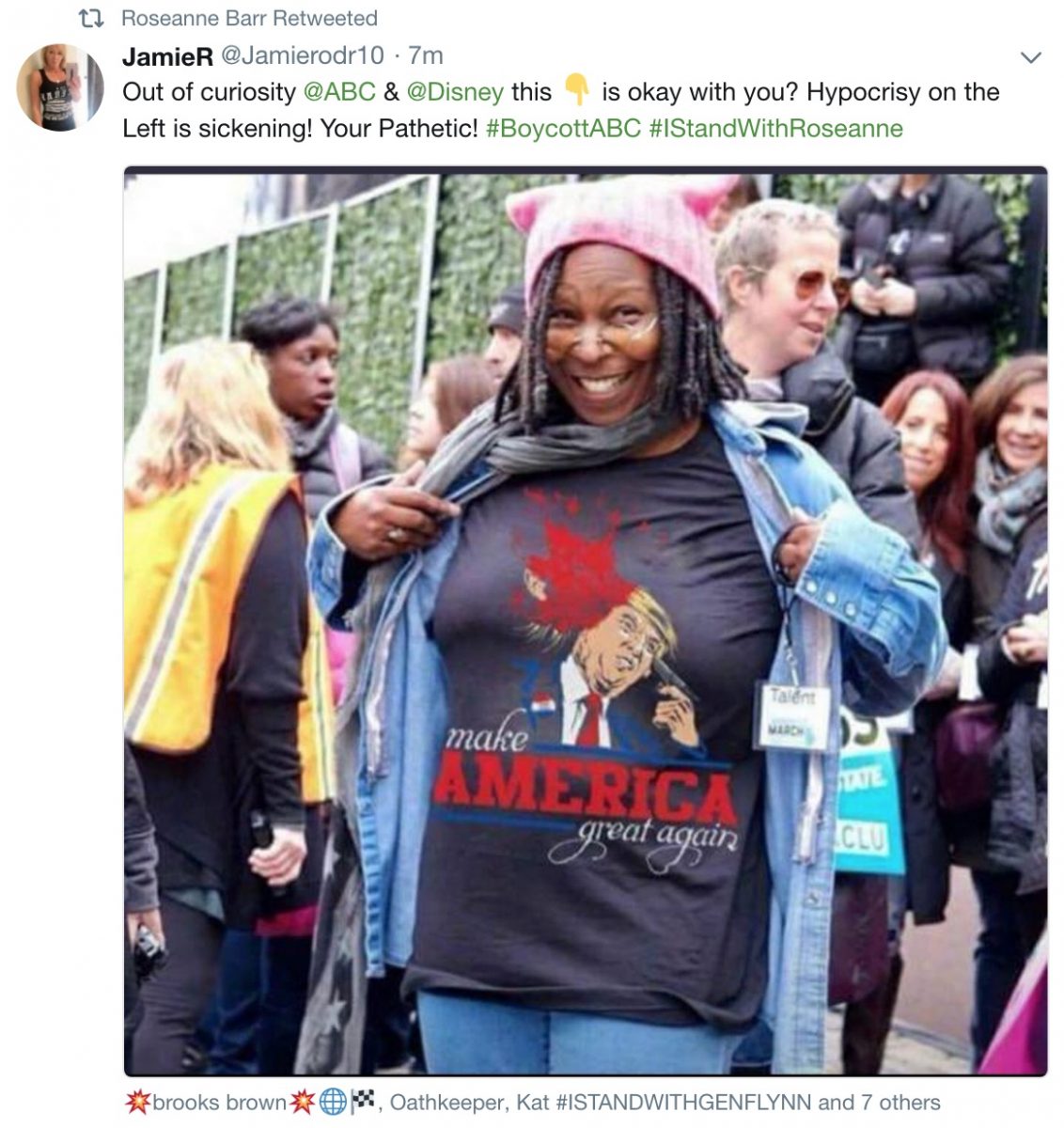 And even though Barr apologized to Valerie Jarrett for her racist tweet earlier, she’s still tweeting and RT’ing about her:

i thought she was saudi 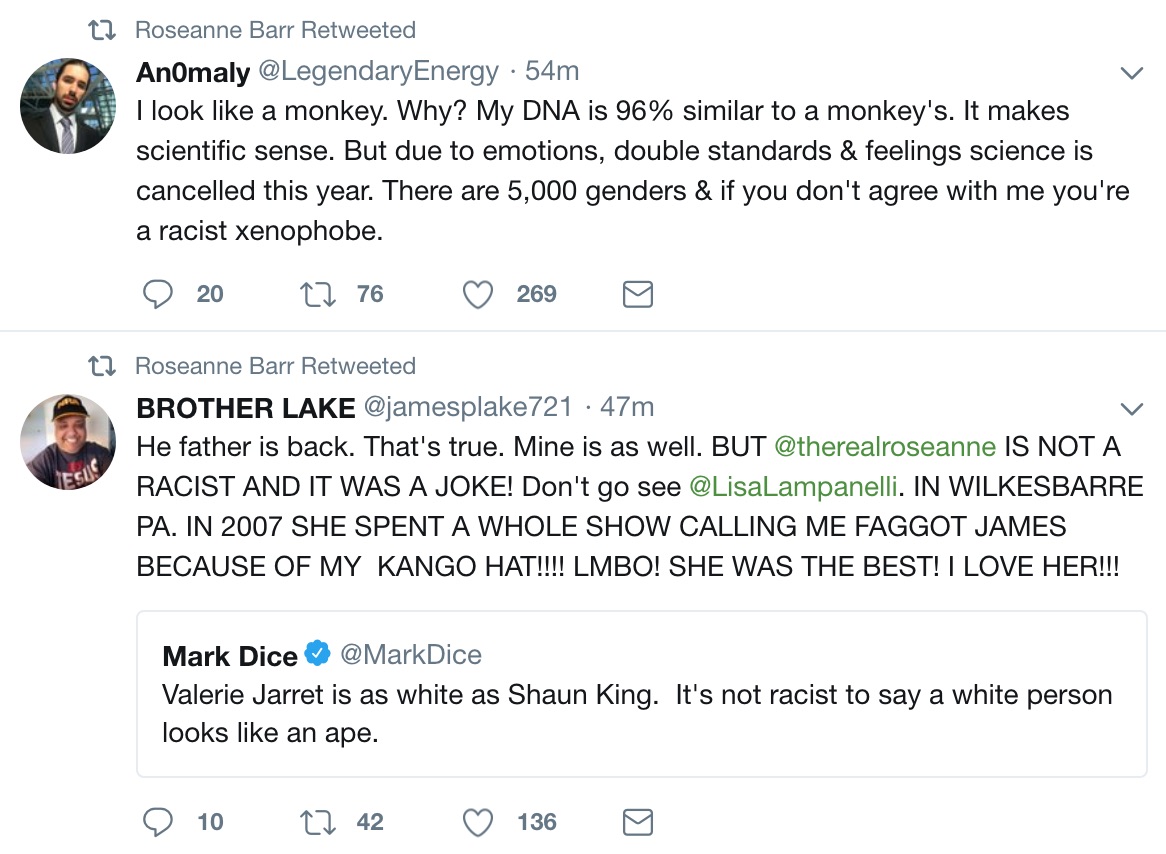 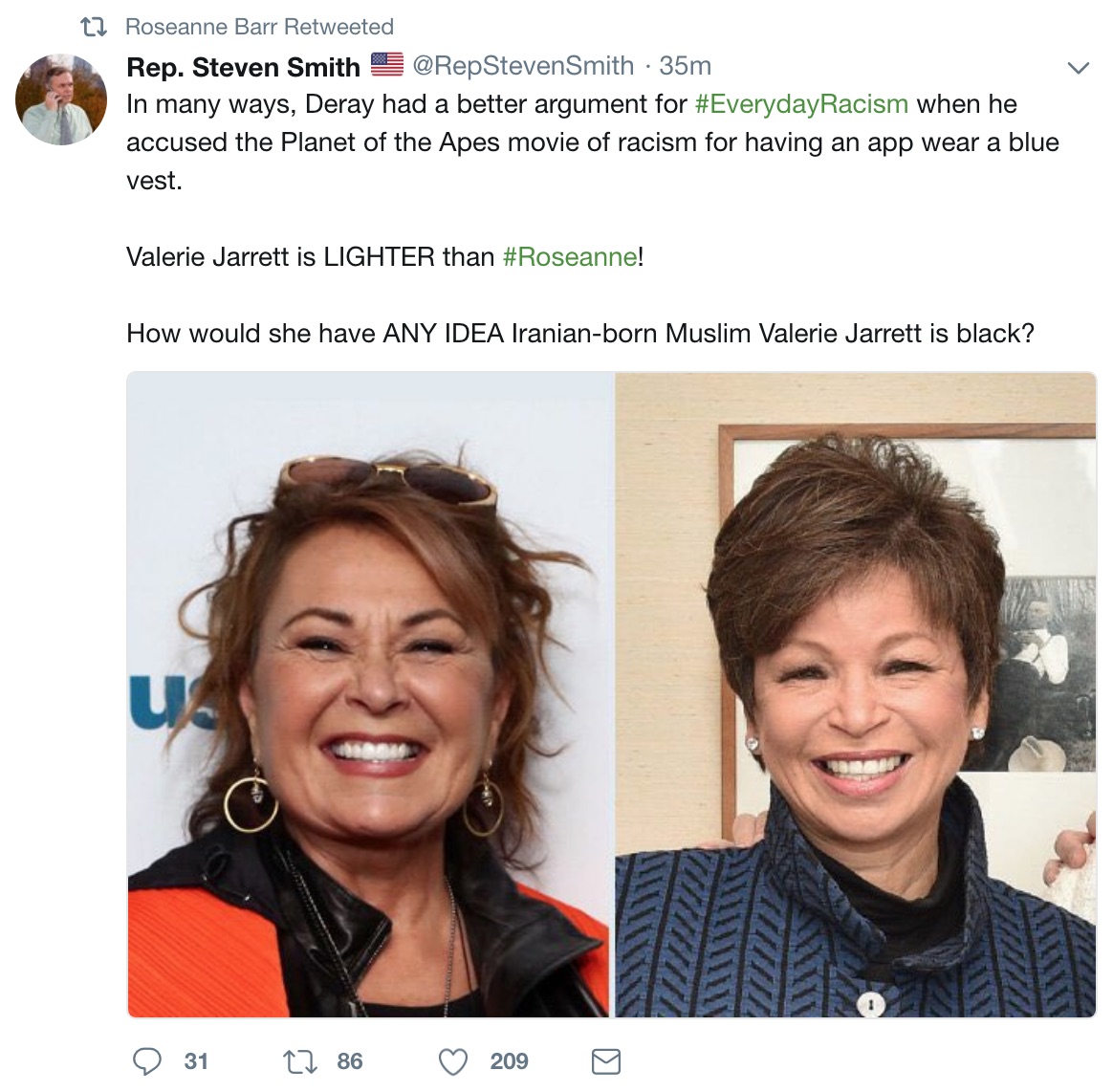 Don't feel sorry for me, guys!!-I just want to apologize to the hundreds of people,and wonderful writers (all liberal) and talented actors who lost their jobs on my show due to my stupid tweet. I will be on Joe Rogan's podcast friday.