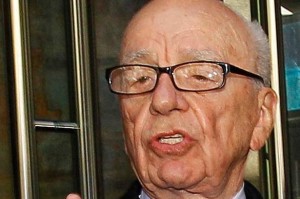 Rupert Murdoch is stepping down from his position of director at several properties owned by News International, a division of Murdoch’s News Corporation. Filings show he parted ways with the boards of the NI Group, Times Newspaper Holdings, and News Corp investments, fueling rumors that Murdoch is planning to officially cut ties to the newspaper group and sell it off.

According to The Telegraph, Murdoch resigned as the director of multiple boards, which own several British newspapers including The Sun, The Times, and The Sunday Times. However, News Corp is downplaying the news and insisting it all has to do with the previously announced split the film and television division from the newspaper and publishing division into two separate companies.

Mr Murdoch has repeatedly insisted that he remains committed to the UK newspaper business. He vowed at the time of the announcement to remain a “very active chairman” of the publishing business. But his surprise resignation of directorships on both sides of the Atlantic has raised expectations that he is gearing up to sever all ties with the company.

Splitting News Corp would also put some much-needed distance between its film and television assets and the newspaper business, whose reputation is threatening the whole News Corp empire.

The Telegraph adds that after the split, the Murdochs may sell down their shares in the publishing division and revive Murdoch’s plans to appoint his son James as his successor at the company.