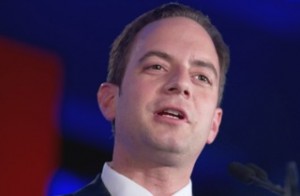 While the Democratic National Committee and Hillary Clinton campaign were successfully hacked by Russian hackers during the 2016 election, The Wall Street Journal reports that the Republican National Comittee was apparently spared the same fate by virtue of its better security.

The nature of the attack was the same: hackers sent phishing emails intended to appear like it came from tech support in order to trick the recipient into clicking on a link. But while Clinton’s staff opened the email due to a miscommunication, the emails to the RNC “were quarantined by a filter meant to detect spam as well as potentially malicious traffic that may carry viruses or trick recipients into divulging passwords.”

The emails remained in quarantine until June, “after Democratic committee leaders revealed that hackers had successfully gained a foothold inside their networks.” At that point the RNC hired an outside security firm to make sure they were safe. “Upon inspection, the RNC found that its electronic filters had blocked emails sent to a former employee matching the description they’d been warned about.”

According to WSJ, “analysts now believe what started as an information-gathering campaign aimed at both parties later took on a focus of leaked emails about Mrs. Clinton and Democrats.” This doesn’t contradict the stance of the CIA that the Russians aimed to help Donald Trump, but it does suggest that “at least initially, they were trying to gather potentially incriminating or embarrassing information on both parties.”