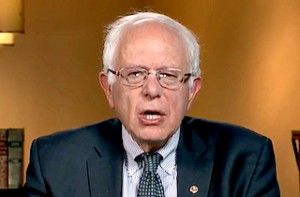 Sen. Bernie Sanders is gearing up to give a “major speech” on Democratic Socialism, the guiding philosophy that defines his presidential campaign, the Democratic candidate said Sunday.

At a campaign event in Iowa, Sanders acknowledged that the term “socialist” makes some people “very, very nervous,” and admitted his campaign has “some explaining and work to do” if it hopes to convince the public that America’s social programs are founded upon similar principles as the ones he’s advocating.

Sanders listed off various “socialist institutions,” and challenged the crowd to think about the programs that already exist in their communities. “When you go to your public library, when you call your Fire Department or the Police Department, what do you think you’re calling?” Sanders asked.

Sanders is fending off attacks from the right that insist his ideological stance is, as Donald Trump said, “socialist-communist.” Hillary Clinton, who hopes to beat out Sanders for the Democratic presidential nomination, refuses to label herself as a Democratic Socialist, preferring instead to call herself a progressive.

Though the definition of Democratic Socialism may seem like semantics, the speech will likely hit at the heart of Sanders’ campaign platform. “We are the only major country that doesn’t provide family and medical paid leave, we’re the only major country that doesn’t provide health care to all people. Our tax system is extremely regressive. So — those are the issues that I will cover,” Sanders said.

The Sanders campaign has not yet announced details pertaining to the speech.