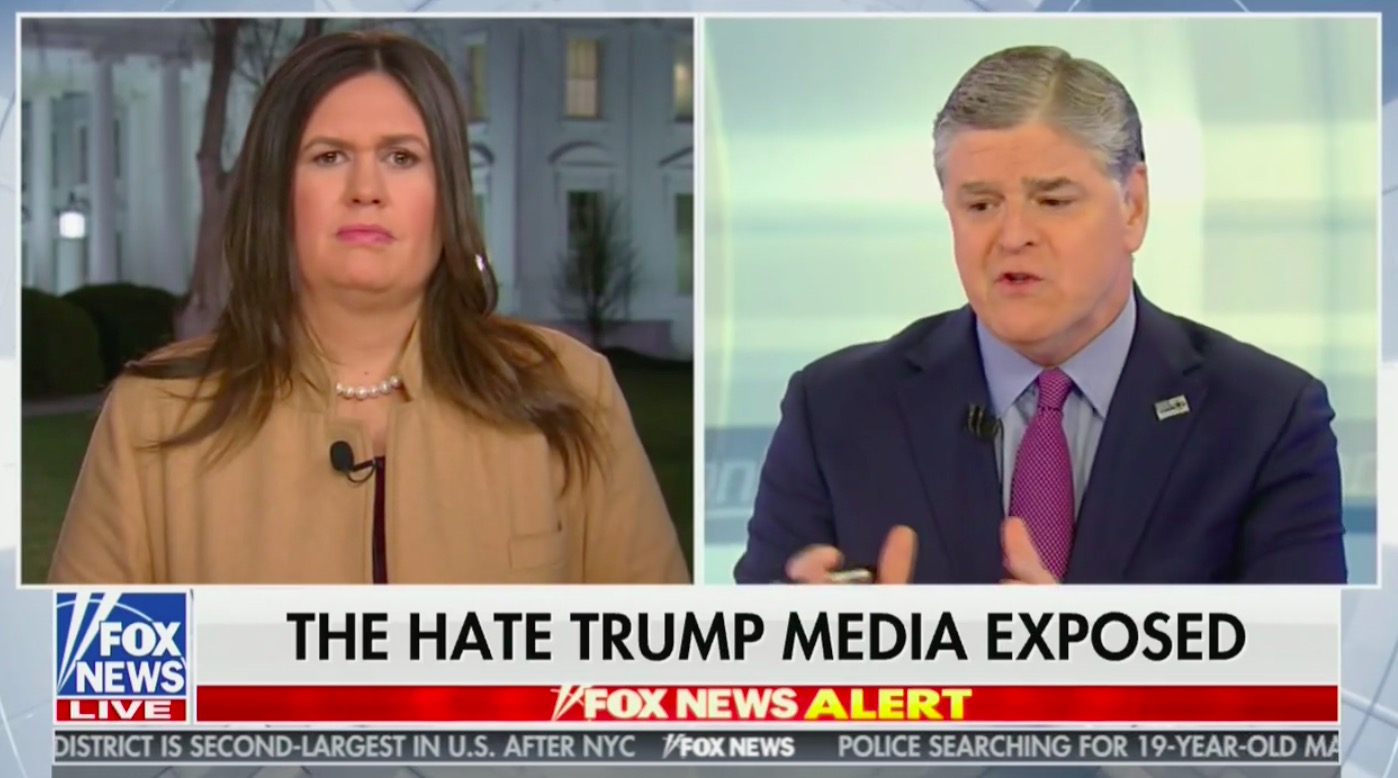 Those were the words of White House press secretary Sarah Huckabee Sanders on Tuesday night. Appearing on Hannity, Sanders was speaking about the response to the Covington Catholic viral video.

Her comments did not escape the notice of the twitter-sphere. Pundits, politicians, and others wasted little time bringing up various administration policies and personal acts from President Donald Trump which seemed to run very much afoul of her statement. Notably, Trump’s crusade to have the death penalty imposed on the later-exonerated Central Park Five was brought to the fore, as was the administration’s child migrant separation policy.

Here’s just a small sampling of the reaction:

"From the studio that brought you family seperation" https://t.co/0oUb0klMrs

Really? Your administration tore babies from their parents’ arms and threw children in cages. And then LIED about it. https://t.co/RtTmzku30B

My god they have orphaned and lost thousands of children. https://t.co/sb8IfLazJA

You can only say this with conviction if you do not see black children as people. https://t.co/bVFQLcYEbg

Hey Sarah. Check out how this one rich asshole tried to have five innocent boys executed and took out a full page ad but has never apologized when it was found to be false. You might recognize that signature since it’s your scum of a boss. pic.twitter.com/H4VVczZCbn

Her boss took out a full-page ad in the New York Daily News to call for the death penalty for a group of innocent teenagers https://t.co/sRXtV0bobQ

@PressSec I guess the more accurate quote is to destroy a “white kids life” because you were all super happy to rip children from parents daily at the border, literal psychological torment.

STFU @PressSec. You have destroyed more kids’ lives than you nor King Turd can count. Climb back under your MAGA rock. https://t.co/pBBal4zsRs

I see racist do it to our black youth on a daily basis. So, I’m confused, @PressSec. https://t.co/GRJDTXZA4d

well @presssec, may I introduce you to @davidhogg111? https://t.co/jYHP2piaWZ