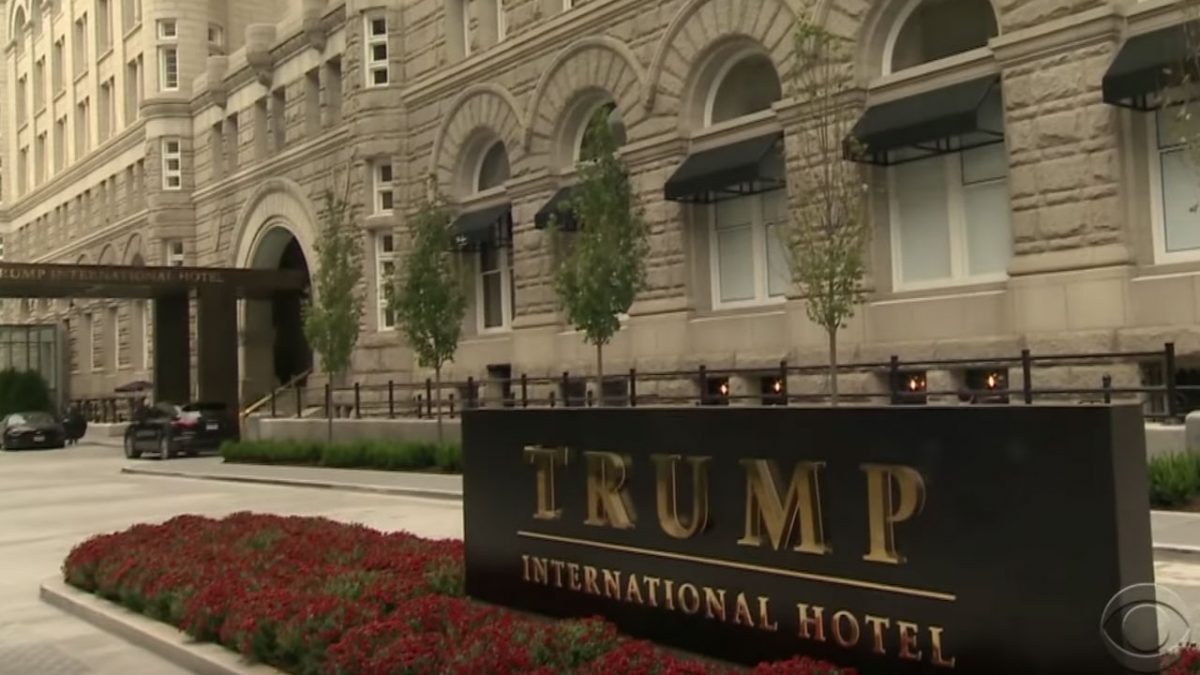 A new report from the Washington Post reveals that lobbyists funded by the government of Saudi Arabia spent over $270,000 reserving “blocks of rooms” at President Donald Trump‘s Washington D.C. hotel a month after the 2016 election.

The payments from the firm Qorvis MSLGroup have been reported on previously, but the Post has obtained more information on the extent of this particular push:

At first, Saudi lobbyists put the veterans up in Northern Virginia. Then, in December 2016, they switched most of their business to the Trump International Hotel in downtown Washington. In all, the lobbyists spent more $270,000 to house six groups of visiting veterans at the Trump hotel, which Trump still owns.

Those bookings have fueled a pair of federal lawsuits alleging Trump violated the Constitution by taking improper payments from foreign governments.

During this period, records show, the average nightly rate at the hotel was $768. The lobbyists who ran the trips say they chose Trump’s hotel strictly because it offered a discount from that rate and had rooms available, not to curry favor with Trump.

The Post report reveals that some of the vets were “kept in the dark” and hod no idea the Saudi government funded the trips.

Trump hotel execs anonymously told the Post they were “unaware at the time that Saudi Arabia was ultimately footing the bill.”

It is getting very emoluments around here. https://t.co/aqLRDbAlfR

Hey is this legal and cool? https://t.co/aqLRDbAlfR