Scarborough: Giuliani and Conway Are Trying to ‘Intimidate’ Trump with Public Pressure 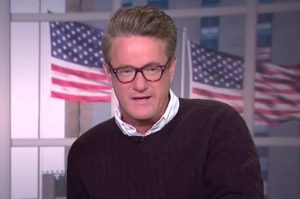 Giuliani is lobbying to be Secretary of State amid the talk about whether Trump would give the position to Mitt Romney. And on TV this morning––in multiple interviews––Conway was very publicly criticizing Romney, saying he “went out of his way to hurt” Trump, and even saying many people feel betrayed by this consideration.

Well, Scarborough thinks this is a big test for Trump that the world will be watching him on:

So Rudy tells the world what position he will and will not accept from Trump while Kellyanne attacks Trump's choices in public.
Wow.

Giuliani and Conway are trying to intimidate the President Elect.
How weak do they think he is?
Their lack of discretion is embarrassing.

Now all world leaders will be watching to see if a President Trump can be bullied by his staff.

How sad and pathetic if he can. https://t.co/UjwACqXegv

UPDATE –– 3:10 pm ET: Conway shot back at Scarborough on Twitter:

1/2: @JoeNBC you know better. And so does @PEOTUS. He has my respect, loyalty, service & private counsel BC he is brilliant, strong,resolute https://t.co/c7RLZu5gvc