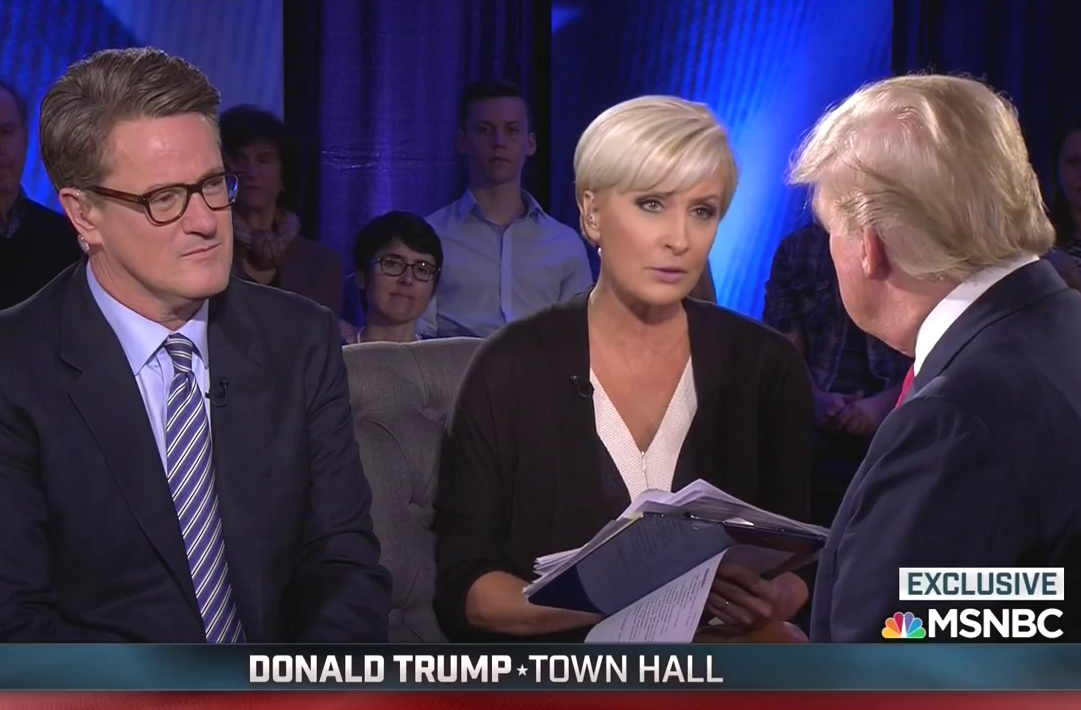 As the feud between Donald Trump and Morning Joe continues, Joe Scarborough has alleged that the president once pestered Mika Brzezinski with questions about her plastic surgery.

The president set off a new controversy when he took extremely personal shots at the MSNBC hosts this week. Trump’s slams against Brzezinski were particularly shocking since he criticized her for “bleeding badly from a face-lift.”

When Scarborough and Brzezinski delivered their reaction to Trump’s tweets later on, they addressed Brzezinski’s cosmetic procedure from several months ago. Brzezinski and Scarborough spoke with Vanity Fair on Friday, saying that not only was Brzezinski’s face free of blood during their Trump encounter, but the president kept asking for her doctor’s name.

“The irony of it all is that Donald kept saying, ‘That’s incredible. You can’t even tell. Who did it? Who did it?’ He kept asking for the name of the doctor. He literally asked 10 times. ‘Is he down here? Who is he?’” Scarborough recalled.

Brzezinski said the surgery was done to tighten the skin around her neck, and she originally planned on keeping the details private before Trump sent his tweets out.

Trump’s tweets against Morning Joe have received widespread condemnation, and they have led to an ongoing discussion about how the White house possibly threatened to blackmail the MSNBC hosts with a National Enquirer hit piece if they didn’t adjust their news coverage. Trump has kept the feud going, tweeting out continued insults against Morning Joe.