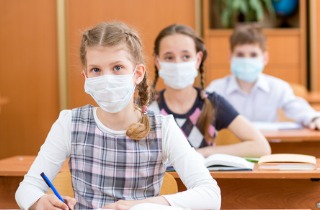 A number of schools in both Texas and Ohio have decided to close over concerns about Ebola. Texas has been on alert since the one case of Ebola in a Dallas hospital, and Ohio is now on alert because that’s where one of the nurses who now has Ebola flied from a day before developing symptoms.

In Ohio, the Resnik Community Learning Center, the St. Joan of Arc school in Chagrin Falls, Solon Middle School, and Parkside Elementary School have all been closed after it was revealed at least one person at each––be they a parent or a staffer––was on the plane with nurse Amber Vinson on that plane.

The school district in Solon assured that its buses were all scrubbed down just to be safe. They are taking these steps despite the fact there was “no public health recommendation to close the schools and we do not believe there is a risk to our students and staff.”

There’s also a high school in Cleveland that was cleaned overnight after the school district there learned one teacher may have come in contact with Vinson.

Vinson had reached out to the CDC a day before she flew, saying she didn’t feel well and asking if she was okay to fly. The CDC reportedly did not advise her against flying. Today the CDC admitted it’s possible she was symptomatic on the plane.