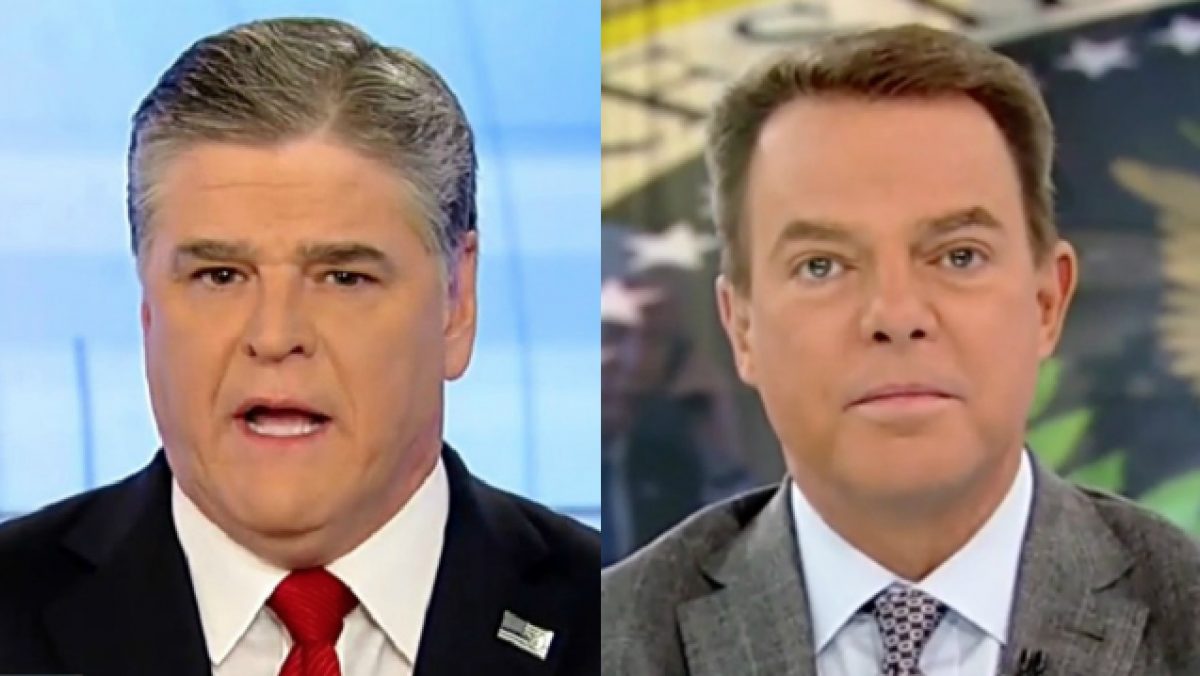 Sean Hannity is taking a swing at fellow Fox Newser Shepard Smith for his recent remarks about the networks’ opinion-based programming.

Smith, whose contract with Fox was recently extended, gave an lengthy interview to Time in which he suggested that part of the reason why he stays with the network is because he worries “what would go in [his show’s] place.” He also dinged the network’s opinion shows by saying they don’t “really have rules” and exist “strictly to be entertaining.”

Of course, Hannity happens to headline Fox’s prime time hours with his opinion show, and he, apparently, does not approve of Smith’s comments:

While Shep is a friend with political views I do not share, and great at breaking news, he is clueless about what we do every day. Hannity breaks news daily-Warrant on a Trump assoc, the unmasking scandal, leaking intel, Fisa abuse, HRC lawbreaking, dossier and more REAL NEWS! 9p https://t.co/zJpnnyFTtP

Always liked Shep, but his comments were inconsiderate & inaccurate. The hard working team at the Ingraham Angle does real reporting, develops impt sources and scores big interviews. Very proud of them. https://t.co/3aR1EHAK3Z