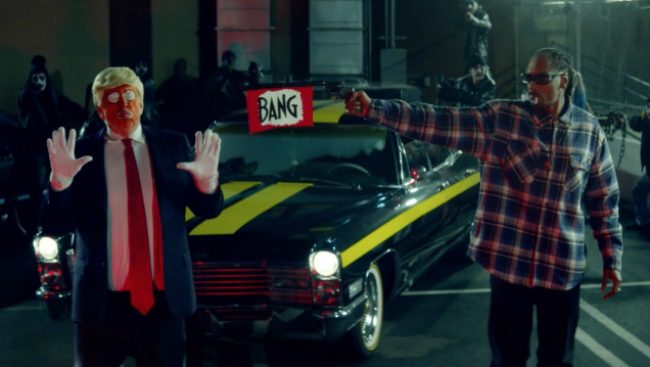 Secret Service representatives say that they’ve got their eye on Snoop Dogg due to his controversial new music video where he depicted himself shooting a likeness of President Trump.

The West Coast rapper has been panned by conservatives and pro-Trump figures over his “Lavender” video, where he shoots a gag gun at Trump while mocking the sociopolitical state of America. Trump slammed Snoop himself during a series of tweets he issued on Wednesday morning:

Can you imagine what the outcry would be if @SnoopDogg, failing career and all, had aimed and fired the gun at President Obama? Jail time!

TMZ reports that the president’s security detail is “aware of” the video. The Secret Service did not say, however, whether they were making plans to investigate Snoop because of it.