If you’ve ever used the photo printing service Shutterfly, it’s likely that you got an email this morning congratulating you on having baby. As of Wednesday morning, hundreds of people have been posting this image on Facebook, Twitter and Instagram: 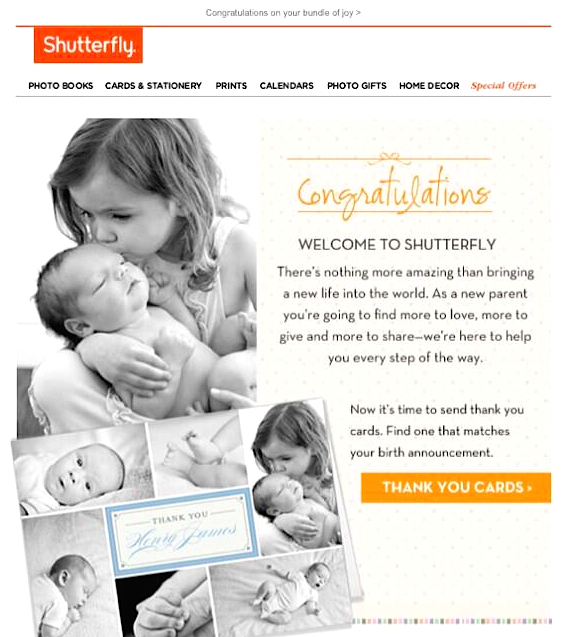 Judging from the reactions on social media, most people were either confused or amused by the whole thing, but for anyone who has had trouble conceiving or lost a baby, receiving an email like can be seriously traumatizing. Meanwhile, Shutterfly has yet to put out a statement about the error, but has been responding to individual complaints on Twitter with the same form apology: 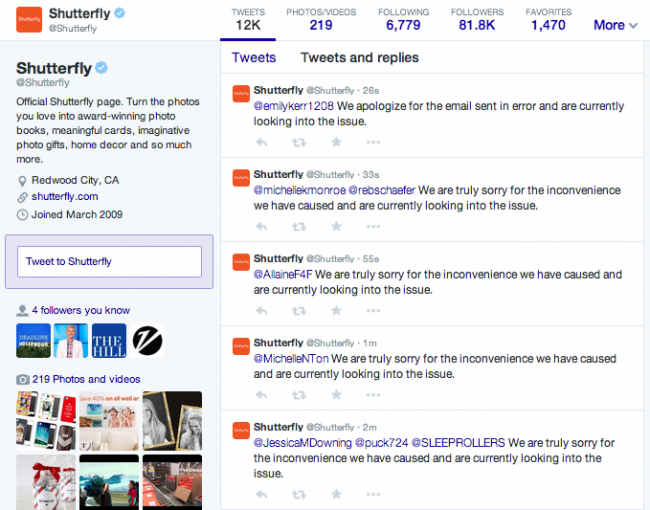 Over on Facebook, the company has not posted anything about the mistake, so users have been posting their complaints to the most recent post about Father’s Day:

Here’s a sampling of the comments:

“Shutterfly, perhaps you should take a moment today to apologize for the insensitive email sent indiscriminately to people congratulating us on our ‘new arrivals’. Wanna take a guess as to how many people received that email who are struggling with infertility or loss of a child??”

“Very insensitive to congratulate people on their new arrival — especially people who struggle with infertility or too old to have babies. Don’t you dare say you were hacked …. need better security if that was the case.”

“Holy cow. I too struggled for years with infertility and then a rollercoaster journey through adoption but can’t imagine getting SO upset with an unfortunate mistake by Shutterfly.”

Others were more forgiving, with one popular comment reading, “I think a little grace is in order. EVERYONE, including companies makes mistakes. Forgive as you would like to be forgiven. If you’d like grace; give it.”