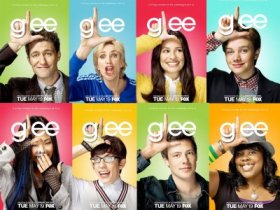 FOX announced its fall and midseason schedule today at their upfront, and also revealed which show would get the coveted post-Super Bowl slot in February. And it’s going to involve a lot of singing.

According to the New York Times‘ Brian Stelter, “The network will also schedule Glee immediately following the Super Bowl next winter, a giant vote of confidence for the soon-to-be-sophomore series about a high school glee club.”

Felix Gillette of the New York Observer predicted on Twitter that this choice could “set up for [a] big Glee halftime show.”

And while the Glee kids (plus a bevy of high-profile cameos) could make for an interesting Super Bowl halftime show – which has been thoroughly sanitized each year since the infamous nip slip – the choice for the the post-game slot is surprising. Certainly, the demographics of Glee are probably farthest from the Super Bowl demographics of any show on FOX. But as the Super Bowl becomes more of an ‘event’ event than a sporting event, maybe that doesn’t matter anymore.

Looking at the Super Bowl “lead-out” shows from the past, there have been a wide variety of offerings. CBS has shown an interest in premiering new shows or seasons, like with Undercover Boss last year and a couple seasons of Survivor. The other networks usually turn to an all-star program to retain as much audience as possible. Glee is a top young program for FOX, but will it keep the football crowd?