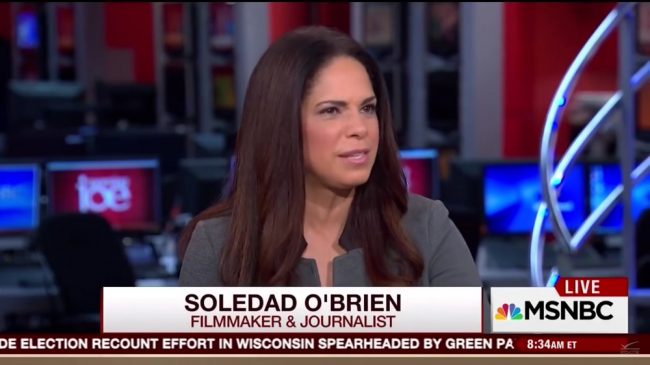 Embarrassing: why does CNN allow this (via Skype). There are thoughtful, credible R’s who can talk about the health care debate. https://t.co/7KvoqUFbxT

During the Thursday morning segment, Lord likened the President to a famed 1960s-era civil rights activist: “Think of President Trump as the Martin Luther King of health care.”

O’Brien previously targeted CNN, along with major media outlets in general, during an on-air appearance on her former network in September 2016: “I have seen on air white supremacists being interviewed because they are Trump delegates and they do a five minute segment — the first minute or so talking about what they believe as white supremacists. So you have normalized that.”

The former CNN anchor also praised then-presidential candidate Hillary Clinton for her August 2016 slam of Trump for supposedly “reinforcing harmful stereotypes and offering a dog whistle to his most hateful supporters.”O’Brien contended, “I think she made a very good argument — almost like a lawyer — here is ways in which [Trump] has actually worked to normalize conversations that many people find hateful.”