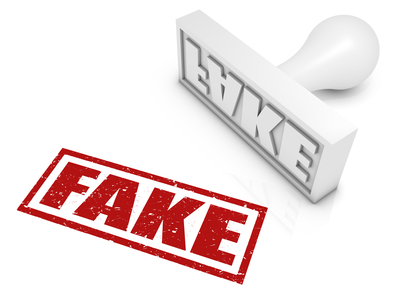 By now we’ve become accustomed to at least one serving of jumped-up viral bollocks per week, but it’s the rare gem of a day in which we get three all at once. The trifecta came in on Friday, after an internet joker posted a photo of Steven Spielberg and a triceratops on the set of Jurassic Park with the obviously satirical caption that suggested he had hunted the beast for sport. “Disgraceful photo of recreational hunter happily posing next to a triceratops he just slaughtered. Please share so the world can name and shame this despicable man,” Jay Branscomb wrote. What followed was a group of people, obviously in on the joke, riffing off of it. “Disgraceful. No wonder dinosaurs became extinct. Sickos like this kill every last one of them as soon as they are discovered. He should be in prison,” and so on.

As you will be unsurprised to hear, many people on the internet seized the opportunity to misread the story. A Whole Bunch Of People On Facebook Thought Steven Spielberg Killed A Real Dinosaur wrote Buzzfeed, a story Mediaite took up as well. The rest of the internet fell in line: US Weekly; the Hollywood Reporter; E!; Boing Boing; Gawker; and on and on.

So, to break it down here, what we have is a troll posting a photo online, a bunch of trolls reacting to the photo in a humorous fashion, then professional members of the media either being so gullible as to be unable to spot an obvious bit of fun, (that was a clear call back to the controversy over the Texas Cheerleader hunter) or so venal that they don’t care and lied to you anyway in order to… what? What was the pay off here? While I’m sure there may be some small number of people out there who don’t know that dinosaurs are extinct, there are certainly not this many, and these are not them.

Next up was the one about the pregnant tarantula loose in Brooklyn. “She’s mostly active at night and likes to hide in dark corners. She shouldn’t bite, but sometimes jumps when frightened,” a poster spotted and posted to Reddit warned. Holy crap! Right? The Huffington Post; New York Magazine; Fast Company; New York Post; Gawker; Gothamist et al thought it was worth posting about. Then the New York Times did something crazy: they called the number on the poster. As the man who answered the phone explained:

“I always see those signs for missing dogs and cats taped up on posts; I thought, ‘What’s the most absurd poster I could come up with?’ ” the man who answered the phone said. “I thought it was so beyond ridiculous that no one would take it seriously. I was wrong.”

Elsewhere, Time and others have chimed in with some breaking science news (I fucking love science!). “Scientists Say Smelling Farts Might Prevent Cancer” read Time’s original headline, which has since been downplayed. It was a reference to a study out of the University of Exeter, in which researchers isolated a new compound (AP39), which they’ve used to target mitochondria in cells with hydrogen sulfide, the chemical responsible for the smell of rotten eggs, swamps, and flatulence.

“When cells become stressed by disease, they draw in enzymes to generate minute quantities of hydrogen sulfide,” Professor Matt Whiteman who did the study explained. “This keeps the mitochondria ticking over and allows cells to live. If this doesn’t happen, the cells die and lose the ability to regulate survival and control inflammation. We have exploited this natural process by making a compound, called AP39, which slowly delivers very small amounts of this gas specifically to the mitochondria. Our results indicate that if stressed cells are treated with AP39, mitochondria are protected and cells stay alive.”

Now, I’m not a science-minded type, but I do know a misleading bullshit headline when I smell one. I reached out to Noah Gray, an editor at Nature, for a consultation. “Ok, so they did this in cell cultures, so nobody was sniffing a goddamned thing,” he said. “These hed sensationalists looking for clicks are literally going with 1 single thing. That this compound smells bad.”

He also added, which is a common gripe among science journalists, “In 2014, it’s *still* too much to ask for a media outlet to link out to the original paper. Just for posterity.”

Ed Yong, a science writer in London had a similar reaction to the headline:

No. You said that, you incompetent fuckwits. "Scientists say smelling farts could help prevent cancer http://t.co/LudmraA5XE via @TIME"

Time’s source for this was, like all internet dreck, The Daily Mail. Barstool Sports; Geek.com; The Week, and others jumped all over it. And why not? It’s a great headline. Too bad it stinks.

Digiday had an interesting piece on Time this week, incidentally, writing about how the magazine has managed to explode on social media. “In the past three months, it has grown its Facebook likes by 44 percent, to 5.4 million,” they write. “That puts it ahead of social giants like BuzzFeed (2.9 million), The Huffington Post (3.3 million) and NPR (3.9 million) and in spitting distance of The New York Times (7.6 million) and Yahoo News (5.6 million).”

HOW DID THEY DO IT?

“We don’t want to do really clickbait-y Facebook posts, because it’s just not what the brand’s about. But we do want to tease,” managing editor of Time.com Edward Felsenthal told Digiday.

As for other things this week that sounded too good to be true, and, surprisingly, were, the video of the musician performing a song in the voices of 29 different actors was fake. For the super viral video the man employed the aid of eleven other singers to do the impressions. This was a step in the right direction, at least, because all of the sites that covered it in the first place then posted about how it was fake a few days later. Progress?