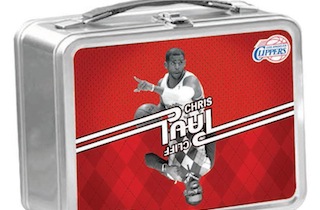 Transition CEO Steve Stoute, who represents State Farm, announced on ESPN’s Cowherd radio show that State Farm would not sponsor the Clippers as long as Sterling was owner. Stoute said sponsorship of individual players might continue, but not of the organization itself.

“I’m telling the brands, ‘Let’s pull sponsorship,’ starting with State Farm,” Stoute said. “When you have things like this taking place, somebody has to stand up.”

Stoute added that he expected more companies to pull their sponsorship in the next forty-eight hours. A full list of Clippers sponsorships can be found here.

UPDATE: CarMax just cut ties with the Clippers as well:

“CarMax finds the statements attributed to the Clippers’ owner completely unacceptable. These views directly conflict with CarMax’s culture of respect for all individuals,” a CarMax spokeswoman wrote in an email to The Huffington Post. “While we have been a proud Clippers sponsor for 9 years and support the team, fans and community, these statements necessitate that CarMax end its sponsorship.”

Virgin America: We have made the decision to end our sponsorship of the L.A. Clippers

KIA: We are suspending our advertising and sponsorship activations with the Clippers

Red Bull is suspending "all team-related marketing activities" with the Clippers but will continue to support Blake Griffin.

Watch the clip below, via ESPN: