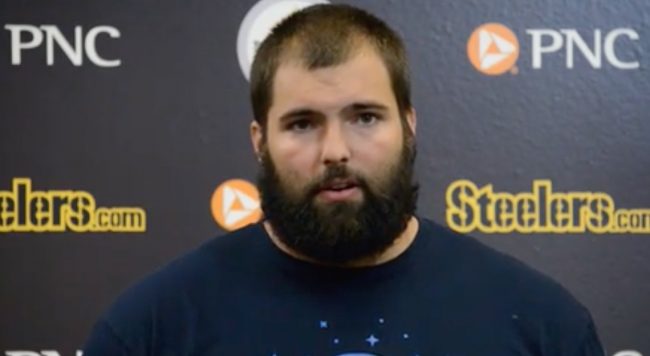 By now, you’ve probably seen that moment of Alejandro Villanueva standing on the field during the national anthem while his fellow Pittsburgh Steelers were in the tunnel nearby. But today, Villanueva said he unintentionally threw his teammates “under the bus.”

Villanueva is a West Point grad and an Army veteran, and his jersey ended up being a top seller. Villanueva did, however, receive some criticism today.

Today, however, as the Pittsburgh Post-Gazette reports, the Steelers cleared up today what happened:

Villanueva’s suggestion, he said, was to stand with Roethlisberger and the team’s other captains at the front of the tunnel. That didn’t work out due to, as Roethlisberger said, pregame “chaos” in a small area, and Villanueva was left to stand alone with his teammates about 20 feet behind him.

“The crazy thing about that is, when we came out of the tunnel, we told Al to come stand up front with the captains. Cam, myself and [Tyler Matakevich],” Roethlisberger said.

Villanueva himself said he erred in making his teammates look bad, adding that “unfortunately I threw my teammates under the bus, unintentionally.”

He added, “Every single time I see that picture of me standing by myself I feel embarrassed.”