Steve Bannon: The Media Should ‘Keep Its Mouth Shut and Just Listen For Awhile’ 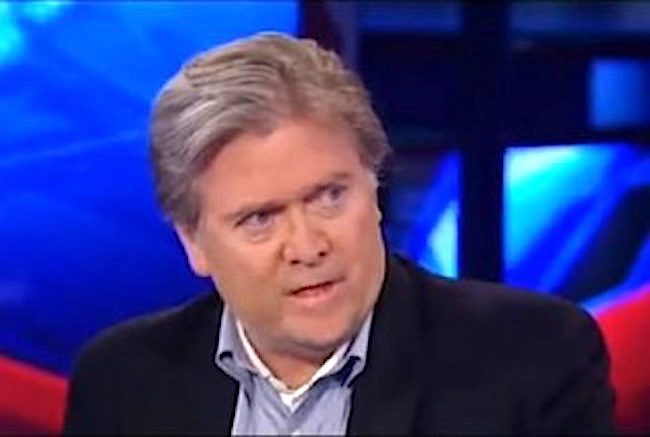 In an interview with the New York Times, President Donald Trump’s chief strategist Steve Bannon laced into the mainstream media and indicated that the Trump Administration intends to not only go to war with the press but treat it like an “opposition party.”

During a phone call with the Times, Bannon blasted the media and claimed that they need to be quiet for the time being while pointing out that they don’t know anything about America.

“The media should be embarrassed and humiliated and keep its mouth shut and just listen for awhile,” Mr. Bannon said during a telephone call.

“I want you to quote this,” Mr. Bannon added. “The media here is the opposition party. They don’t understand this country. They still do not understand why Donald Trump is the president of the United States.”

Bannon, who ran Breitbart until he was tapped to be Trump’s campaign CEO this past summer, labeled reporters of the “elite media” as “outright activists of the Clinton campaign.” Calling himself ‘Darth Vader,’ Bannon also laughed when asked if White House Press Secretary Sean Spicer lost his credibility with the media over his infamous press statement about Trump’s inauguration crowd sizes, calling it a “badge of honor” while saying the press has no integrity or intelligence.

Over the weekend, Trump said during his CIA visit that he’s in a running war with the media. He also ripped into the mainstream media during his interview with ABC’s David Muir last night, highlighting the press’s low approval ratings while simultaneously praising Fox News for its coverage.