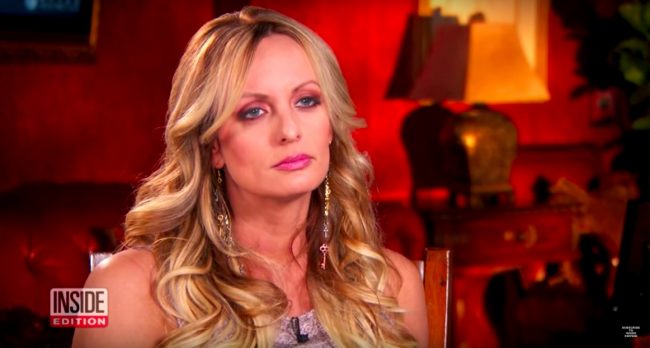 When she’s not making headlines for being president Donald Trump‘s alleged girl on the side, Stormy Daniels is just like the rest of us: She goes to movies, she hates said movies, and she flames about them on Twitter.

In turn, Johnson was facetiously starstruck, and Mark Hamill, who plays Luke Skywalker, said, sarcastically: “Another satisfied customer” with a kiss emoji.

Reviews for The Last Jedi – the eight installment in the Star Wars franchise – have been mixed, with some calling it a welcome departure from staid Star Wars tropes, and others panning it for flying in the face of what Star Wars fans love most.

It appears Daniels falls into this latter category — as she called The Last Jedi the “worst movie ever“.

Stormy we all know your taste is bad… pic.twitter.com/9PnrZfmlPb

You have starred in worse movies.