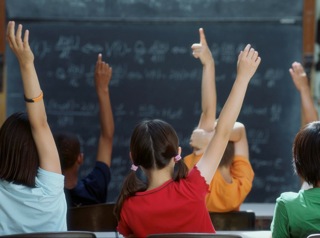 Are claims that conservatism is “anti-science” as valid as those that science is “anti-conservative?” No one has really asked or found an answer, but a new study from Brock University in Ontario will be sure to spark that very conversation. Psychologists have found that racism and general prejudice as well as social conservatism are linked to low IQ levels.

According to Live Science, the claim is not a Colbertian “reality has a well-known liberal bias” claim, but one that those with low IQ levels tend to gravitate to simpler worldviews, that can lead to prejudice and adherence to a rigid mindset:

The research finds that children with low intelligence are more likely to hold prejudiced attitudes as adults. These findings point to a vicious cycle, according to lead researcher Gordon Hodson, a psychologist at Brock University in Ontario. Low-intelligence adults tend to gravitate toward socially conservative ideologies, the study found. Those ideologies, in turn, stress hierarchy and resistance to change, attitudes that can contribute to prejudice, Hodson wrote in an email to LiveScience.

The Blaze notes that the study is very specific in indicating that it was looking for social conservatism, not economic or political conservatism, and the scientists do note that they found many exceptions to the rule on both sides, but that doesn’t mean that it won’t anger social conservatives, surely. For one, linking any school of thought to stupidity, particularly one that many adhere to who already believe they are the underdogs in the philosophical wars is not going to go over well with that group. The other issue is that, with the exception of the very in-depth methodology of the study which no casual observer will read, the explanation for how they got this conclusion– and why they didn’t check, say, economic liberalism’s relationship to low IQs instead– will lead the reader to a presumption of bias in the academics. It’s a treacherous route to take, and other scientists interviewed for the Live Science piece have taken note:

“They’ve pulled off the trifecta of controversial topics,” said Brian Nosek, a social and cognitive psychologist at the University of Virginia who was not involved in the study. “When one selects intelligence, political ideology and racism and looks at any of the relationships between those three variables, it’s bound to upset somebody.”

LiveScience has all the details of the method the study used to achieve its result.