Suffolk County PD After Trump’s Remarks Today: We ‘Will Not Tolerate Roughing Up of Prisoners’

Suffolk County PD After Trump’s Remarks Today: We ‘Will Not Tolerate Roughing Up of Prisoners’ 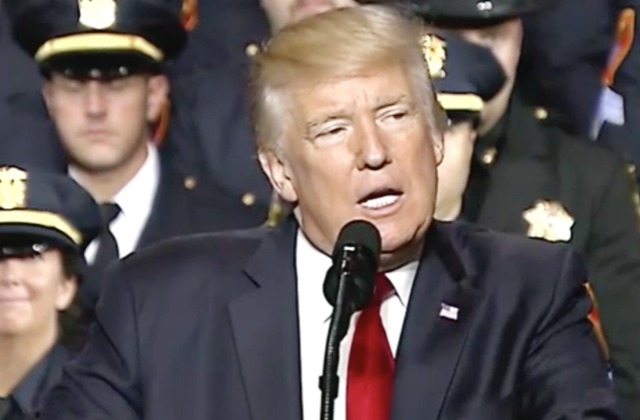 In a speech in Suffolk County, NY on Friday, President Donald Trump encouraged the uniformed police officers who were in attendance to rough up those they arrest.

“I said ‘Please. Don’t. Be. Too. Nice.’ Like when you guys put somebody in the car, and you’re protecting their head, you know? The way you put their hand over, like, don’t hit their head, and they’ve just killed somebody. Don’t hit their head. I said ‘You can take the hand away,’ Okay?”

Shortly after the speech, the Suffolk County Police Department broke with Trump and said they will not tolerate such behavior from their officers.

The SCPD has strict rules & procedures relating to the handling of prisoners. Violations of those rules are treated extremely seriously.

As a department, we do not and will not tolerate roughing up of prisoners.

Trump comments to the officers came as part of a speech about immigration and the gang MS-13.