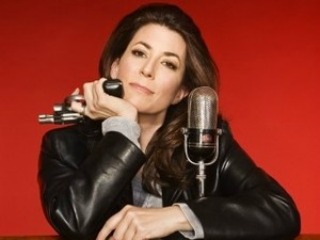 Radio host, author, and Fox News contributor Tammy Bruce caused a stir yesterday when, on Twitter, she thanked conservative host Andrea Kaye for saying that she should fill in for Bill O’Reilly at some point, but told her that it’d “never happen” for one specific reason:

Thanks :) @andreakaye5, I’d love to fill in for O’Reilly, but I’ve been told it will never happen because I’m gay. Go figure…

The Tweet left more than a few readers scratching their heads. Was Bruce, who’d long been open about her opposition to various gay groups and issues, now facing discrimination for being gay — and on a network that had always seem to embrace her and her views with open arms?

America Blog, for one, offered the following reaction:

Bruce is the go-to-girl when Fox needs someone to provide cover on an anti-gay issue. I mean, if a lesbian is saying it, how can it be anti-gay?

So, what to do with the news that Bruce is now on the receiving end of Fox’s anti-gay bigotry that she herself has enabled all these years?

I won’t rejoice over Bruce being on the receiving end of anti-gay discrimination. I will however say that she made her bed. She got all cozy with an anti-gay activist organization, helped it thrive, and even helped it promote its anti-gay agenda and message, and now she’s surprised that the organization she helped build, in her own little way, is anti-gay.

As is turns out, Bruce was just kidding. She addressed the joke — and a Media Matters writer’s interest in the story — on her personal website today in a post titled “Newsflash: Liberals Confirm They Have No Sense of Humor or Irony.” Here’s a portion of it:

Considering the problems liberals have with Obama’s War on Women, Class Warfare and his shameless (and disgustingly insincere) pandering to the Gay community, you’d think they’d have better things to do than latch onto a Tweet of mine as some nefarious statement about Fox News. But lo and behold, I get an email from a young man at Media Matters who, obsessed with hating Fox (apparently a job requirement over there), all hot and bothered, thinking he has a ‘scoop’ on his hands.

I’m sorry to have to disappoint him. I do have a few suggestions for everyone on the left, including to more than a few of The Gheys, slobbering at the bit over this—look up the meaning of “Irony,” “Sarcasm,” and “Absurdity.” And let me say a few things about Fox to those who might be too young to know—when Fox News hired me years ago the entire crew over there knew they were putting the first openly gay person as a political contributor/commentator on any television—cable or network. This is something I mention often and am pleased to have an excuse to state it again publicly.

I have a no-nonsense reputation and am not known for being a doormat, so the fact that I re-sign year after year after year with Fox News might indicate that I like them! And they seem to like me. Oooooooh! Weird for a bunch of H8ers! (Note for Liberals—this is called “sarcasm”).

So for all you liberals out there hating Fox, we know you make things ups, but you’re not going to do it at my expense, or the expense of a network that was willing to hire an openly gay women before anyone else in television. Will this appear on Media Matters? Since it doesn’t fit their “We Hate Fox Meme of the Day,” likely not. And they certainly don’t want the truth about Fox to somehow sneak out amongst the hippies.

So, there you have it: Tammy Bruce? Busy being gay, occasionally posing with a gun, and being sarcastic on Twitter. Fox News? Not banning anyone from filling in as a Factor host based on sexual orientation. The internet? Still freaking us all out.