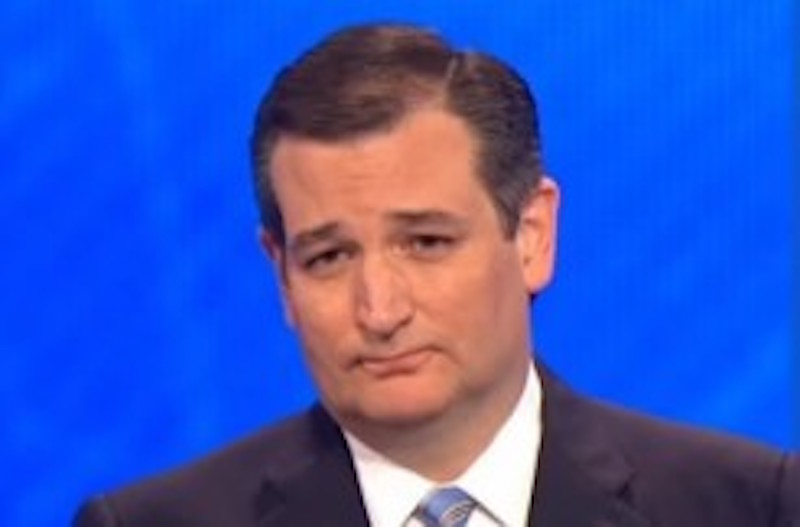 Ted Cruz suggested on Twitter Wednesday that the ongoing debacle surrounding CNN’s apparent threat to reveal the identity of the anonymous Redditor who created the video depicting President Donald Trump beating a man with a CNN logo superimposed on his head.

CNN reporter Andrew Kaczynski put out an article on Tuesday in which he notes that Reddit user HanAssholeSolo issued an apology for the video “one day after CNN identified the man behind the account and attempted to make contact with him.”

Kaczynski detailed how his KFile team tracked HanAssholeSolo down, and said that CNN would not divulge his identity given his extensive apology — but added a caveat: that “CNN reserves the right to publish his identity should any of that change.”

Senator Cruz (R-TX) has now suggested that CNN’s threat could constitute a crime. In a set of tweets issued Wednesday, Cruz posited that the news outlet’s lawyers could be looking at extortion statutes:

(2/2) it’s a GA crime if they threatened to “Disseminate any information tending to subject any person to hatred, contempt, or ridicule….” https://t.co/ChxqocuDgc

The theft by extortion statute cited by Cruz holds it as illegal to “unlawfully obtain property of someone by threatening to “disseminate any information tending to subject any person to hatred, contempt, or ridicule or to impair his credit or business repute.”

CNN issued a statement responding the to ordeal, denying accusations that the organization made any attempt to blackmail or coerce HanAssholeSolo: