The Hollywood Reporter Faces Twitter Criticism Over Profile of ‘Broken’ Charlie Rose: ‘Disrespectful’ of His Victims 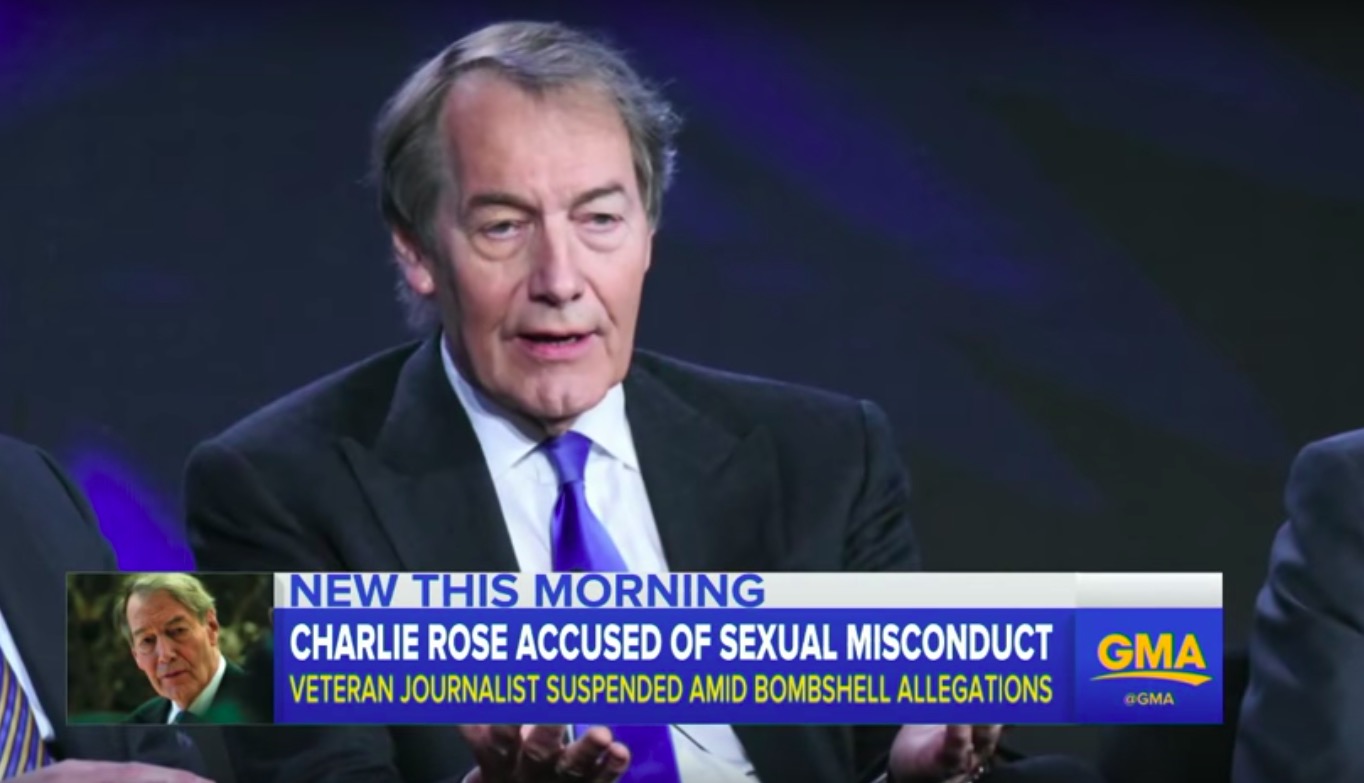 The Hollywood Reporter faced criticism on Thursday after publishing a profile of journalist Charlie Rose which many found to be sympathetic toward the former television personality facing numerous allegations of sexual harassment.

The article describes the accusations brought against Rose by at least eight women as “devastating,” forcing the 76-year-old to spend most of his days at his 5,500-square-foot Long Island home ever since the bombshell reports arrived during the Me Too movement.

“I was expecting a MeToo backlash but I admit I was NOT expecting it to take the form of ‘the literal exact people accused by multiple women of unambiguously egregious behavior get sob stories about How Lonely They Are Now,'” wrote Dara Lind — a reporter for Vox.

I was expecting a MeToo backlash but I admit I was NOT expecting it to take the form of "the literal exact people accused by multiple women of unambiguously egregious behavior get sob stories about How Lonely They Are Now" https://t.co/507JF0K4Pr

“Uh-oh, looks like we have another entry in the growing “Rich, Powerful Man Is Sad Because of #MeToo’ genre,” wrote Vogue contributing editor Michelle Ruiz.

Uh-oh, looks like we have another entry in the growing "Rich, Powerful Man Is Sad Because of #MeToo" genre https://t.co/Lj4FDMD5ph

Neighbors told The Hollywood Reporter that Rose’s housekeeper picks up his food most days, as the celebrity avoids the public eye from his five hideaway estates, including homes in New York city, North Carolina, Washington D.C. and Long Island.

“Poor, poor Charlie Rose having to decamp to his 5,000-sq-foot mansion,” Ruiz added.

Others noted how “unfortunate” it was for Rose to endure such a life of hardship after being exposed as an alleged sexual assaulter, no longer being able to enjoy his typical Manhattan watering holes and instead “decamping” to mansions across the country.

If you have tears, prepare to shed them now: a rich white man is a bit sad after getting caught serially sexually harassing.
In a tragic turn of events, we learn, he *goes to his favourite cafe a bit less*, & his housekeeper picks up his food instead ?? https://t.co/Hyyqbm4iPO

the instinct to laud powerful men is so strong that “brilliant” ends up in the headline about a guy drinking & playing tennis https://t.co/KH9IQk4KdF

complete list of all the places Charlie Rose dines, mentioned in this frankly insane article

hey @THR I know you aren't actual journalists, but describing Charlie Rose as "brilliant", "broken" and "lonely" and the allegations against him as "devastating" is deeply disrespectful his victims. pic.twitter.com/bcWHsEa2m3

Most media have more interest in, and sympathy for, rich white male sexual assaulters than for their female (and male) victims — particularly when they are not rich and white. https://t.co/UptVaYh4ls

Maybe a "How are Charlie Rose's victims coping?" article is more useful than a "Charlie Rose has a sad" article.

Weird story about what a guy accused by multiple women of sexual harassment does with his day. Not sure why this was published @THR https://t.co/OgC13Oif4s

Meanwhile, a new exposé is reportedly dropping any day about Rose’s tenure at CBS and his reported sexual misconduct.