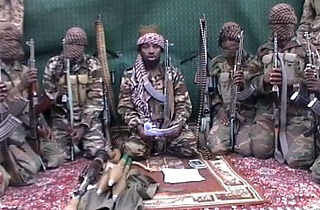 On September 1, 2004, the day in which school children in Russia come back to school from their summer break, Chechen militants stormed an elementary school in the city of Beslan in North Ossetia. The militants held hundreds of children and teachers hostage for three days before Russian forces stormed the building. Hundreds died in the standoff, including 186 children, at the hands of Islamic radicals and Russian paramilitary forces.

The siege of Beslan made international headlines. Publications from London, to Sydney, to San Diego reported on the ongoing siege and its horrific aftermath. “One little boy was shouting: ‘Mama.’ She couldn’t hear him,” the U.K. Telegraph’s headline blared following the resolution of the standoff. “She was dead.”

The global coverage of the Beslan siege and its bloody aftermath was perfectly appropriate. The scope of that tragedy deserved every ounce of ink that was devoted to informing the public about it. But the coverage of that atrocity makes the lack of coverage of a similarly horrific event which occurred in Western Africa on Monday night that much more vexing.

Overnight, Islamic militants linked to Boko Haram – the militant group which stormed a Kenyan shopping mall in September, 2013 – attacked a secondary school boarding house in Nigeria and, according to a military spokesman, “opened fire on student hostels.”

“Some of the students’ bodies were burned to ashes,” a police commissioner added.

“Fresh bodies have been brought in,” another police source said. More bodies were discovered in the bush after the students who had escaped with bullet wounds died from their injuries.”

Boko Haram, which literally means “Western education is sinful” or “forbidden,” carefully planned the attack which has claimed the lives of dozens of children with the death toll rising. All of the victims were young boys. Women, according to reports, were spared by the attackers.

The militants locked the door of one dormitory where male students were sleeping and then set it ablaze, slitting the throats of those who tried to clamber out of windows and gunning down those who ran away, said teacher Adamu Garba.

This is not the first time that Islamic militants in Eastern Nigeria carried out an atrocity against children. In September, Islamic insurgents killed 40 students attending the College of Agriculture in Damaturu, the capital of Yobe state.

Aside from scant reports in a handful of press outlets, these and other horrific attacks have inspired little in the way of breathless media coverage in the West.

The lack of coverage of this event, as opposed to a similar event in Southern Russia, has inspired some to ask a familiar question: why do some horrific acts of violence merit coverage in the West and others do not?

Media critics were moved last week to ask why violent demonstrations in Ukraine were getting so much attention while similarly violent anti-government protests in comparatively nearby Venezuela were not. There may not be a good reason.

Perhaps there is a geographical bias? Perhaps American audiences are more interested in news from Eastern Europe and Southern Russia than South America and Africa because more Americans can relate to European ethnic heritage. Perhaps news outlets simply do not have the resources to cover events in regions of the world that do not command the geopolitical influence that Russia does.

There may not be a good answer, but the question deserves to be asked.