The Killing Of Trayvon Martin Is Not A ‘Right/Left Problem’

The Killing Of Trayvon Martin Is Not A ‘Right/Left Problem’ 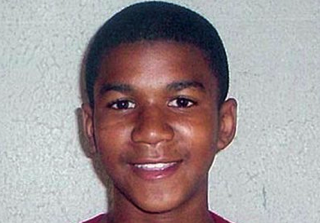 On Saturday night, a 21-year-old young man was found dead. John Sanderson, a white Mississippi State University student, was shot to death in his dorm and three black suspects are reportedly being sought in connection with the shooting. This morning, the Drudge Report linked its readers to an article about the tragic incident. The text with the link contained no information about the crime. It didn’t even contain Sanderson’s name. It did, however, contain another name; that of President Barack Obama.

“Will Obama comment on Sanderson’s murder?” the tweet asks. The clear parallel being drawn is to the shooting of Trayvon Martin which Obama did comment on. Lets put aside the fact that, when Obama spoke about the Martin case, it was the biggest news story in the world. Lets also put aside the fact that Obama only commented on it when he was specifically asked about it during an unrelated press conference. And furthermore, lets put aside the fact that the right-wing media is specifically ignoring the other Mississippi college student who was shot and killed this weekend, 19-year-old Nolan Ryan Henderson III, a black student. No, lets forget all those facts and focus on what that tweet wants you to focus on; the idea that Obama commented on the death of a young black man and not on the death of a young white man. To paraphrase Kanye West, Barack Obama doesn’t care about white people.

Now, I don’t want to talk about the underlying racial issues going on here or the disturbing audience tweets like this seem to be catering to. All the race talk has been dissected and dissected, partly by the column whose title I stole for this one. No, I want to talk about the zeal with which some on the right are now trying to find a “comparable” murder to counteract the Trayvon Martin story all as if Trayvon was a Democratic candidate and not, y’know, a boy who’d been shot dead.

This is the same zeal that went into the search for “the left’s Rush Limbaugh.” I wrote a lot in the past few weeks about the ridiculous rush that conservative media figures and politicians got in to quickly throw up offensive liberals like Bill Maher (as well as…uh…Louis C.K., Robert De Niro, Cee Lo Green, and Tom Hanks). I found the whole thing rather repugnant. Not because I’ve got some kind of soft spot for Bill Maher. Because it was all about the knee jerk “My team is always right, your team is always wrong!” mentality that is absolutely ruining all discourse in this country. No one actually wanted to talk about the things “their guy” said. No, they just wanted to point out how bad “the other side’s guy” was. Because of this, nothing got accomplished. Like always.

That was bad enough. However, it was just people competing to see who can best slander opposing celebrities. That’s nothing compared to what’s going on right now where we have the President’s comments being linked to the New Black Panthers, presidential candidates trying to politicize the death of an innocent human being, and prominent conservatives actively seeking the best injured white kids to compare to Martin.

Do you think Newt Gingrich actually thinks Obama’s comments were “apalling”? Of course not. He thinks that, as I’m sure the advisors of his losing campaign told him, yelling at Obama will gain him a quick boost from Americans who are sick and tired of hearing about that “dead black boy.”

Look, I don’t know Trayvon Martin. I don’t know John Sanderson. I don’t know Nolan Ryan Henderson III. Tragically, there will be no way for me to ever know these young men. However, if I may be so bold, I’m going to take a wild guess that they’d have preferred if their entire life, their entire (all-too brief) time on planet earth wasn’t summed up into sound bites so that politicians and media figures can score easy points in an election year.