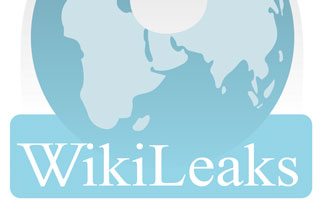 There has long been some degree of WikiLeaks and Julian Assange apologism in the journalism world, especially among our friends on the left. You’d think the political tradition that consistently rails against rape culture and thinks that rape accusers should always be believed would have some qualms about supporting a man wanted for rape, but hey, politics is weird.

The most common defense I’ve heard for WikiLeaks’ obtaining and publishing illegally obtained information basically amounts to “But Journalism.” One HuffPo op-ed, for example, declared “long live WikiLeaks and Julian Assange” because before them, “the public [was] uninformed because of inadequate journalism.” Famed war journalist John Pilger praised the “new and fearless form of investigative journalism that threatens both the war-makers and their apologists.” The Atlantic declared that “Wikileaks is a powerful new way for reporters and human rights advocates to leverage global information technology systems to break the heavy veil of government and corporate secrecy that is slowly suffocating the American press.”

There is no doubt that the democratic process cannot function without journalists who publicize information the powerful would have kept secret. Whatever damaging and occasionally lethal information WikiLeaks publicized in the beginning, it has undoubtedly done some good and spread information that needed to be spread.

But WikiLeaks defenders must answer this question: what precisely is so newsworthy that justifies blasting an innocent woman’s Social Security number out to the entire Internet?

That’s exactly what they’ve done. The most recent information dump WikiLeaks has thrust upon the Internet is the contents of CIA Director John Brennan‘s emails. One of the documents most heavily promoted by the site is a questionnaire given to applicants for all national security positions. Among the unredacted information in the document that anyone, anywhere can now view are:

Let me perfectly clear here, I read through all 48 pages of the document WikiLeaks posted, and there is basically nothing of public interest to be found. It’s just page after page of Brennan filling in his work history personal information. Unless you have some morbid curiosity about whether Brennan has ever had a lien placed on his property (he hasn’t), it makes for dull reading.

Now I don’t doubt that to some who support WikiLeaks, spitefully spreading personal information about our nation’s highest intelligence officer is justified, because he’s part of the eeeevil military-industrial complex, or because they have to fight the man, or because of some other juvenile tripe. But what the hell is served by doxxing innocent men and women whose only crime is loving a man you hate?

Out of Brennan’s entire email account, WikiLeaks has only released six documents. Brennan’s application is the first one listed. In other words, WikiLeaks didn’t accidentally release one questionable document in a trove of hundreds of emails, they hand-picked Brennan’s personal details for publication. And that’s contemptible.

Even if there was anything of public interest in Brennan’s form, it would have been incredibly easy to black out the personal information. The personal information wasn’t included as an oversight, it was the very reason that document was realized. It was a giant ‘f*** you’ to a political target, released with the full understanding that it would be used to harass and defraud not just him, but his family and friends as well. It was, at its essence, nothing less than terrorism: an illegal, politically-motivated act designed to terrorize an intelligence officer.

What would we call it if al-Qaeda had posted the social security numbers and addresses of a CIA employee’s children and parents? Who wouldn’t call that terrorism? Heck, if al-Qaeda did half of what WikiLeaks did, their actions would be called terrorism. But still a stubborn few continue to cling to the odious belief that any crime committed in the name of Journalism or Fighting the Power is no crime at all.

So here’s my question for those who still support Assange: how would feel about this whole situation––honestly––if it was your family being thrown to the wolves? At what point do we stop justifying WikiLeaks’ reprehensible conduct, just because they happen to be targeting figures demonized by the anti-war and anti-American left?