The ‘Magic’ Theory of Trump’s ‘Undercover’ Voters Is Not Only Wrong, It Hurts Him
Opinion

The ‘Magic’ Theory of Trump’s ‘Undercover’ Voters Is Not Only Wrong, It Hurts Him 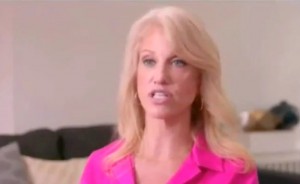 As I wrote here yesterday, one of the many incredibly depressing elements of having Donald Trump as the GOP nominee is the constant need to have his supporters say things that are not just not true, but are clearly based in nothing but wishful, even magical, thinking. The new narrative being floated by his campaign manager and by Rush Limbaugh, among others, with regard to why he is losing in the polls is a perfect example. The great irony is that I believe this lame theory will actually reduce Trump’s already very limited chances of winning, while increasing the humiliation once he does.

Trump’s newly-minted “campaign manager” and pollster Kellyanne Conway (isn’t it weird that the “tell it like it is” guy who supposedly doesn’t care about being politically correct now has a pollster supposedly running his campaign?) is now claiming that Trump is actually winning because the polls are wrong. The polls are wrong, she says, because there are “undercover” Trump voters who are afraid to tell pollsters that they are actually Trump supporters.

This is similar, though slightly different, from a theory floated by the formerly intellectually-driven Rush Limbaugh who backed the fantasy that there are tons of Trump voters who are simply outside of the system and who therefore are never polled to begin with.

There is a technical term for these types of rationalizations: Bullshit.

Let’s go through all of the many holes in this notion that Trump can’t get out of the low 40s (at best) in national and key states polls but that without anything dramatic happening, he will suddenly turnout at least 47% of the electorate and beat Hillary Clinton.

First, if Trump is really “winning” as Conway says, then why was she and Steve Bannon hired to replace Paul Manafort in a second major shakeup in the campaign in recent months?

Second, as a pollster (of limited note), Conway knows that there is no credible evidence that a so-called “Tom Bradley effect” has ever been real in any major election and, given the unbelievable amount of polling which is done in a presidential race, that it would be impossible for such a phenomenon to go completely undetected. Conservative Allahpundit at “Hot Air” did a good job of exposing this reality earlier today.

Third, Conway’s theory is inherently contradictory. The entire premise that the polls are wrong is based on the notion that the massive and incredibly enthusiastic crowds who show up at Trump’s rallies are a better representation of what is really going on than the polls are. But this makes no sense in relation to the super-shy Trump voter theory.
On the one hand Trump voters are willing to show up in public for events with lots of TV cameras, but on the other a large portion of them are afraid to tell an anonymous pollster who doesn’t know their name that they will vote for him? This is infantile and magical “thinking,” even by Trump standards.

Forth, there is absolutely no evidence to suggest that Trump over-preformed polling in the primaries (if anything, it was slightly the opposite) and given his woeful on the ground organization in key swing states, the likelihood is far stronger that he will underperform his polling in November than that there will be a shocking surge of previously bashful Trump supporters show up to vote.

Fifth, Limbaugh’s similar theory shows a shocking lack of understanding of how polls are even conducted. He seems to think that if you have never voted or aren’t registered that you aren’t on the radar of any pollster. This is simply not true. While most polls do report results based on “registered” and “likely” voters, many do also report on “adults,” and there is no evidence to suggest Trump doing far better in that grouping.

Also, where’s the logic in the idea that millions of Trump voters are suddenly just now register to vote for the first time so they can cast a ballot just for him? His campaign has been the number one news story in America for over a year. Every single state has already given the prospective “disaffected” Trump voter a great reason to register for the primaries (when, by the way, there was very little evidence of “new” Trump voters). If these people really do exist, there is simply not enough of them to overcome a major deficit.

Finally, all of this is coming off of a 2012 election cycle where nearly every conservative (except for me and maybe a couple of others) convinced themselves that, despite what the polls were saying that Mitt Romney was not only going to beat President Obama, but would likely do so in a landslide. You would think that such an epic fail would cause there to be at least a little hesitation to make the very same mistake again right away (this time with far worse polling for the Republican candidate), but in Trump’s GOP the desire to believe in magic is strong. So robust, in fact, that conservative pundit Dana Perino was recently forced to almost apologize on Fox News for admitting that she believes in polling.

The great irony here that this entire theory/rationalization actually diminishes the chances that Trump could really pull off this near-miracle. This is because Hillary’s biggest weakness is obviously going to be a glaring lack of enthusiasm among her voters, making her vulnerable to low turnout. If, in a rational world, Trump was perceived as polling a solid 3-4 points behind Hillary until election day, I could foresee a scenario where an over-confident and lackadaisical Democrat base simply fails to show up in tremendous numbers and that Trump’s enthusiasm advantage could, if everything went perfectly, close the gap enough to at least dream about pulling this off.

However, the entire narrative of Trump being a “magic” candidate with scary “undercover” voters who might suddenly come out of the woodwork like a horror movie where the monsters are undereducated white male Trump supporters, should be more than enough to keep both Hillary’s supporters and the news media (I know, they are the same thing) from getting complacent.

This is kind of like an early season college football game when no one really knows who is good and who isn’t. If you are ahead in the fourth quarter and are playing Alabama you are going to be far more on edge and aggressive than if you have the same lead against a team you have no reason to fear.

In this case, about the only thing that Hillary Clinton has to fear, is the lack of fear itself, a concern which should now be put to rest thanks to Trump supporters laughably claiming he processes magic when he doesn’t.