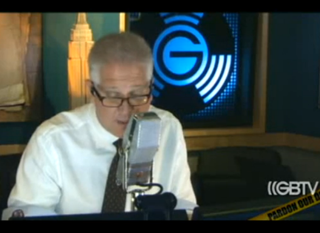 In what is positioning itself to be the next great he said/she said of Summer 2011, Glenn Beck is railing against what he described as a cluster of vile liberal New Yorkers who spilled wine on his wife and otherwise made his family uncomfortable and a film screening in Bryant Park. But after Beck’s account went live yesterday, a witness claiming to be friends with the wine spiller sent a letter to New York disputing his claims, and claiming all was peaceful around the Beck family.

That witness, Lindsey Piscitell, claims that the Beck family was not met with open arms but was not attacked, either, instead putting the blame on Beck’s security for “contributing to a considerably less relaxed atmosphere than is typically experienced during BPMN.” Beck, on his part, added more to his story on his radio show today in response to Piscitell, calling her claims entirely false and accusing her, in turn, of being belligerent towards his family. Below, for the uninitiated, a quick recap of both Beck’s and Piscitell’s claims, and the potential gaps in each of their stories.

Piscitell told New York that she was “seated immediately behind” the Beck family and saw no violence against Beck. The only tension she noted in the crowd was caused, she claimed, by Beck’s bodyguards, “that seemed to be unnecessarily prickly with the crowd.” As for the spilled wine, she tells the story as follows:

It was my friend that spilled the glass of wine on Tanya -and I can assure you that it was a complete accident. A happy one, to be sure, but nonetheless a complete and utter accident. As soon as the wine spilled (and I question how Tanya became soaked from a half glass of wine) apologies were made and my friends pretty much scrambled to give Tanya & co napkins -no doubt aware that it would look terrible and that their actions could be perceived as purposeful. No words were exchanged after that, as I think that it became pretty clear to Beck & co that my friends and I were doing everything in our capacity to help clean the “mess”.

Independently, our Jon Bershad contacted a Twitter user who claimed to have been present during the wine-spilling who recounted that people were being friendly and shaking hands with Beck, and that she saw no such hostility, which seems to corroborate Piscitell’s claims. Working against her, however, besides Beck’s words, are earlier words she herself wrote.

As The Blaze reports, Piscitell tweeted earlier that day against “fucking asshole Glenn Beck” telling him to “get out of my city.” What’s more, Gawker adds that one of her Twitter friends told her to “accidentally” spill something on Beck (Gawker puts no weight on this evidence because, apparently, tweets are never to be taken seriously. Ah, if only someone had told Anthony Weiner about that rule). What’s more, her letter to New York transparently demonstrates animosity towards Beck. Though not repeating the profanity on her Twitter (that tweet since deleted), her letter goes on to attack Beck for “spewing hate” on the radio and to boast about New York’s intolerance of intolerance– including the passage of last week’s same sex marriage law (not necessarily something Beck opposes— he is of the mind that the government should not have a role in marriage).

The final bit of information directly from Piscitell comes also from Gawker– her claim that Beck fans are sending her tons of hate mail and “have set up fake profiles for her on Ashley Madison and Adult FriendFinder.”

NEXT PAGE: What Glenn Beck says happened to him at Bryant Park, and analysis