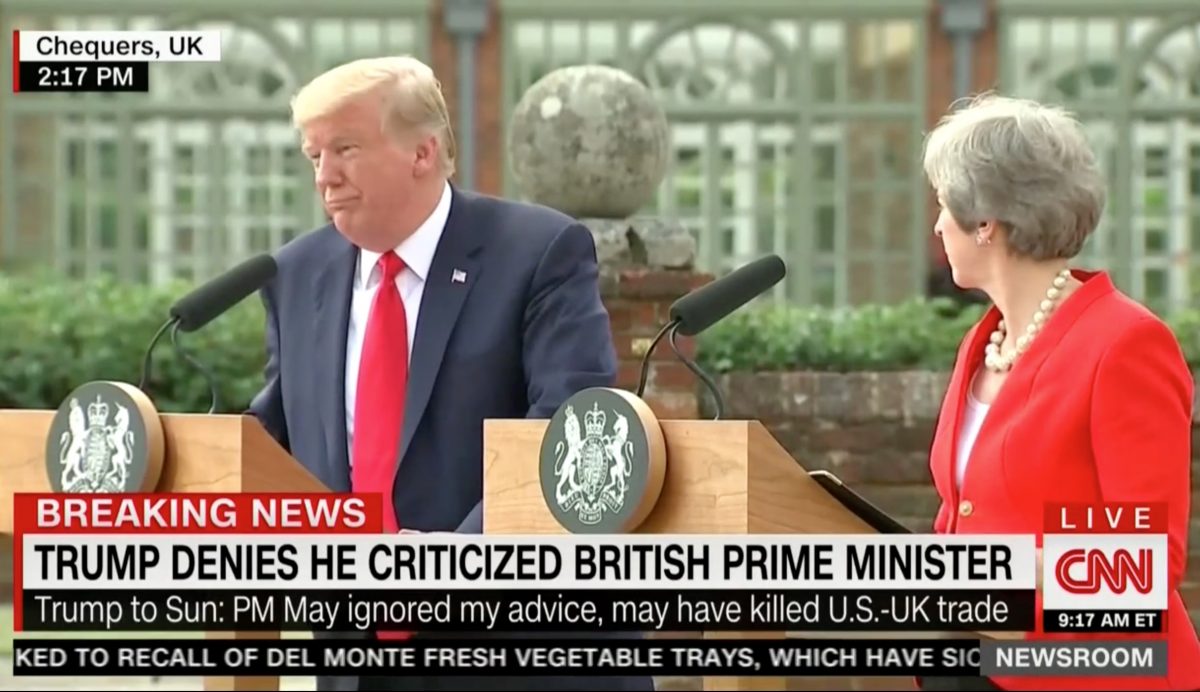 Let’s break it down: According to what The Sun wrote on Friday, the paper conducted an exclusive interview with the president on Wednesday, and then the president made comments about said interview in an “extraordinary press conference” at British PM Theresa May‘s country retreat, Chequers.

A spokesman for The Sun said: “We stand by our reporting and the quotes we used – including those where the President was positive about the Prime Minister, in both the paper and in our audio – and we’re delighted that the President essentially retracted his original charge against the paper later in the press conference.”

“To say the President called us ‘fake news’ with any serious intent is, well… fake news,” the Sun concluded.

Way to capitulate, everybody. Gold stars all around for that sterling reporting job.