The System IS Rigged, Which Is Why It’s Finally Time to Retire The Electoral College 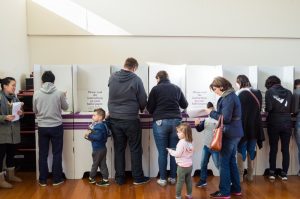 As of right now, it looks like Hillary Clinton won the Presidential election, at least in terms of votes cast. Yes, it seems that once all the votes are tabulated, more Americans will have voted for Clinton than for Donald Trump by roughly 2 million votes. Let that marinate for a moment.

To be clear, I am not suggesting that Trump didn’t win fair and and square. He did, and Donald Trump, is, and should be, our President-elect. Period. But now it’s also high time to change our anachronistic electoral system for selecting a President.

Imagine for a moment if the tables had been turned and Trump had won the popular vote but lost the election. I am guessing that many of his supporters would have been far less forgiving about this little historical quirk in our voting system. Overt disdain and distrust for the “rigged” system would likely have been far more prevalent. And rightly so. Clinton supporters (and Gore supporters for that matter) and many in the media, appear to be far more accepting maybe because the numbers indicate Clinton voters were more highly educated and therefore may better appreciate the history behind the electoral college.

They, we, should all be outraged not because Donald Trump won but because the majority of voters lost. After covering the 2000 election I said the same thing (interestingly, as did Hillary Clinton) to mostly deaf ears and was going to echo it here if this scenario played out on either side (insert disbelief in comment section from those who refuse to believe anyone could have a principled, rather than partisan view of this issue).

Our electoral college was implemented, in part, based on many founding fathers distrust of uneducated “common people” voting for the President directly. That fear of direct democracy and what became dubbed the “tyranny of the majority” drove them to devise a system to allow for individual input but where ultimately state electors or more accurately “elites” had the final say in who took over the most important position in the land. One of many compromises between federalists and anti-federalists enacted to ensure a unified republic often at odds over how best to move forward as a nation (not to mention the fact that they needed to get the proposed Constitution ratified by the delegates and the states themselves).

Regardless of the framers noble intentions, these days empowering state officials and party bosses while literally disenfranchising individual voters, should be a historical footnote. In addition to smaller states having disproportionate representation, voters in what have become known as “swing states” end up with inequitable power and influence. In a nation that prides itself on its democratic principles, how do we justify a single vote from Pennsylvania becoming so much more valuable and important than one from neighboring New York or West Virginia?

Abolishing the electoral college would still allow smaller states to retain disproportionate influence just by having 2 Senators out of 100 no matter how small or uninhabited that state happens to be. But this will be the fourth time (and fifth if you count the more fractured election of 1824) that the will of the people has been subverted in this country by the electoral college. With today’s technological advancements the various arguments for the electoral system become indefensible. It’s time for us to agree that the system is rigged, not for a particular candidate but in favor of voters in particular states.