The Ten Most Unreported Stories About Donald Trump
Opinion

The Ten Most Unreported Stories About Donald Trump 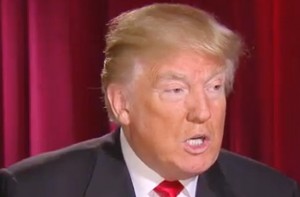 We all know this has been a substance-less presidential campaign between two people with long and colorful careers in the public spotlight. Thanks to this endless campaign and the twenty four-hour news cycle of the modern age, you would think that everything important about each of them would be fully reported by this point.

However, partly because, especially in this highly fragmented era, it is not what gets reported that matters, but that which is REPEATED that wins the day. There are many stories about each candidate which have not received nearly the attention they deserve. Here are the ten most underreported stories about Donald Trump, in no particular order, based on the ratio of coverage received to how damaging the story could have been to him. Tomorrow, I intend put out the same list for Hillary Clinton.

1) John Miller and John Barron. The Republican presidential nominee called into newspaper gossip columnists and under fake names in order to brag about how much women wanted to have sex with him. He then lied about it during the campaign on the Today Show. But, apparently because this came out after he won the nomination and the media didn’t want to take him down too early, the story was immediately dropped.

2) Trump’s “Military” Record. A guy who claims to be a YUGE supporter of the “vets” and is very much in favor of the use of military force (except after it becomes unpopular), never served, got numerous dubious draft deferments, called avoiding sexual diseases his “personal Vietnam,” and when he was given a Purple Heart by fan at a rally, he acted like he had been given a jersey from his favorite sports team. And yet, somehow, very few voters know about these facts.

3) Trump Mortgage. A man whose entire narrative as a business wizard is based on his real estate expertise, opened up a mortgage company (with disastrous results) just before the biggest real estate collapse in modern history. And yet I will bet that far less than a third of voters are even aware this happened.

4) Trump University. Yes people know of the failed “Trump University,” but thanks to the media obsession over Trump’s racist comments about the judge presiding over the fraud case against him for the venture, very little has ever been widely reported about what a complete scam it seems to have been. Had this story been fully vetted during the GOP primary, I doubt “Trumpsanity” ever takes off with the “working class” people who were allegedly targeted by this man.

5) Trump’s Academic Record. Almost nothing has been reported about the very strong evidence that Trump may have not been forthcoming about his academic record at the Wharton Business School. Of course, he is still “a really smart person” who has the “very best words.”

6) Trump’s Praise of Hillary. You would think that if a presidential candidate said some of the nastiest things ever said about an opponent that it might be relevant that he previously gave them lots of money while constantly and fairly recently lavishly praising her and her husband (even after Benghazi). However, that was somehow never the case in this bizarre campaign.

7) Doral Loses PGA Tour Event. It may not sound like much to the non-golfer, but if there was ever a story which could have shattered Trump’s entire narrative it was his Miami resort losing an historic PGA Tour event (in the must-win state of Florida) to Mexico right in the middle of the campaign. If Trump was 1/10th as rich or as good a negotiator as he claims to be, he would never have allowed the PGA Tour to leave Doral. The media was simply too dumb to put the pieces together on this one and it never even became an issue.

8) Trump’s Ties to Russia. While it has, thanks mostly to Hillary bringing it up at the debates as much as possible, gotten some coverage, Trump’s cozy relationship with Vladimir Putin and Russia has not received nearly the attention it deserves. My theory is that the idea Trump could effectively be a Russian stooge is just too crazy for the media to take seriously. It might indeed be nuts, but the evidence is actually compelling enough to warrant a closer look than it has gotten.

9) Trump’s use of Chinese Steel. Despite Hillary bringing up this issue at the last debate and Trump laughably blaming her for letting him get away with his use of cheaper Chinese steel and aluminum to build his hotels, this potentially crippling topic for Trump “nationalism” platform has seemingly gotten little traction. Given that Trump went to great lengths to hide the origin of the steel and now admits he did this, it makes the media’s relative lack of interest in this story baffling to me.

10) Trump’s Self-Funding Claims. In both the primary and general election campaigns Trump has falsely claimed to be “self-funding” his political operations. Not only is this claim not true, but it is clear that Trump has been using money donated to his campaign (most of it by decidedly “non-rich” contributors) to enrich his own companies and those of his children. Considering this is money spent on what will be a losing campaign that is turning into a promotion for his resort business and possible future media enterprises, this may be his most outrageous and underreported of all.