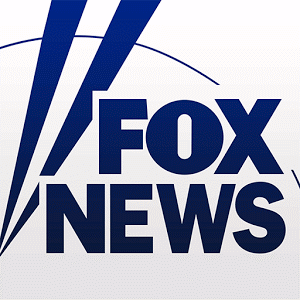 Today’s two major revelations from Fox News, clearly related to each other, have shaken the cable news universe. They also reveal so much about the fraudulent nature of cable news television and why it is so journalistically dysfunctional.

First came the reports that Fox News paid former news personality Gretchen Carlson an incredible $20 million to settle her claim against them for sexual harassment that she now obviously suffered from former Fox News CEO Roger Ailes. Then it was revealed that evening host Greta Van Susteren is leaving Fox News, apparently because of a clause in her contract which lets her leave if Ailes did.

The Carlson settlement arguably “proves” that Ailes was guilty of at least some, if not most, of the despicable allegations of sexual harassment made against him. Personally, given the nature of the allegations (verbal as opposed to physical), the dollar amount, and that fact that Carlson’s career will likely be revived by what she endured, it sure seems like things worked out rather well for her here. It also seems very likely that she won’t be alone in that regard as the floodgates of big settlement money from Fox News may just be opening.

All of this then begs the question of why the heck Fox News gave Ailes a $40 million buyout with the dignity of a consultant’s role at the network going forward. These two acts seem to be in complete contradiction with one another and appear born, at best, out of a desire to simply avoid extended legal battles on all fronts.

Perhaps more interestingly, is why was all of this allowed to happen in the first place. The root cause, in my opinion, goes to cable news being far more about ratings/money and celebrity than it is about journalism. Ailes power to get away with being a sick tyrant was based solely in his ability to get ratings and generate revenue for Fox News.

One of the reasons why women hosts were forced to endure such terrible treatment is that choosing female on-air talent based primarily on their attractiveness, rather than on their journalism, was the key to Ailes ratings-winning formula. I am NOT mitigating nor justifying the abuse at all, but the reality is that you find very few stories of Ailes-style sexual harassment in a workplace where there are not women chosen for employment by how attractive they are. I believe Ailes created a culture which practically bred sexual harassment.

Similarly, the female hosts have very limited options in how to deal with Ailes and escape his apparent reign of terror. Obviously they feared for their jobs in an industry where good gigs are extremely difficult to come by and where, because of the “conservative” reputation of Fox News, anyone fired from there would have almost no chance to latch on to another major network.

On-air personalities are notoriously insecure and will instinctively avoid any activity which might endanger their celebrity status (this is a large part of how journalism died when celebrity became the dominant motivator in the “news” industry).  In a sense, this was a “Perfect Storm” of circumstances which created the environment where Ailes could do what he wanted with little or no fear of someone taking the risk of crossing him.  Until of course Gretchen Carlson apparently taped him in the act and his empire came crumbling down like a house of cards.

One of the biggest supporters of Ailes during the initial phases of the scandal was Van Susteren. I found this humorous at the time because as an older host who got massive plastic surgery before going on the air at Fox, it shouldn’t be a real big surprise that she never came face to face with a sexual advance from Ailes. Regardless, she is now leaving the network, supposedly because of the departure of Ailes.

Ironically, Van Susteren was a “success” at Fox News despite clearly not fitting the Ailes model. Not only was she not young and “hot,” but her politics also seemed rather liberal (she’s married to a Democratic consultant) and not even part of her primary interests. She is also part of the Scientology cult and, while she became “famous” by covering the case, she has made numerous statements indicating, inexplicably, that she thinks O.J. Simpson might be innocent (I’ve always thought it amusing that people think Fox News is a “conservative” network when they had someone of this background on in primetime).

Instead, what Van Susteren brought to the Fox News table was a nose for sniffing out ratings-friendly stories and a willingness to sell out nearly any principle (assuming she has any other than a desire for ratings) to be on television. She was the first major host at Fox News to realize that bad political/war news in the George W. Bush era was ratings poison and she smartly pivoted to a never ending (until the ratings faded) search for the missing Natalie Holloway in Aruba. At one point, the ratings pressure she created at Fox News was so great that even Sean Hannity embarrassingly abandoned politics & the Iraq War for “news” involving one missing, attractive, white, blonde, teenage girl on spring break.

Van Susteren then whirled instantly back to politics when she saw the creation of the political version of Natalie Holloway, in Sarah Palin. Immediately after Palin was named the GOP vice presidential nominee in 2008 she quickly slapped together a documentary-style special on Palin which killed in the ratings. From then on, Van Susteren rode the Palin ratings wave as far as she could (I know, because she had me on often to discuss my dealings with Palin, even broadcasting, in its entirety, this YouTube video I created from highlights from my news-making post-election interview with the then governor of Alaska).

Once President Obama was elected, and the “conservative” media had a ratings-friendly liberal “boogeyman” to attack, Van Susteren reverted back to a politics-heavy format and pretended to be a conservative. Recently, when she saw a new Palin emerge in the form of Donald Trump, she quickly jumped on his bandwagon and would now appear to be well positioned to join “Trump TV” should the rumors of that entity become a reality after the election.

The fact that the highly regarded and well-respected Brit Hume will be taking over Van Susteren’s timeslot on Fox News is the perfect example of the exception which proves the rule of cable news being badly broken journalistically. Hume is smart, sensible, and cares about the truth regardless of how it will make the Fox News audience feel (thus his consistent strong skepticism towards Donald Trump throughout the campaign). Consequently, he has no shot in making it in primetime television.

Hume will create very credible programing, but will likely fail in the ratings. This is something Fox News seems to already understand as they have indicated that he will only host that hour through the election, a period when presumably anyone could hold a significant audience. In a cable news world where trustworthiness and accuracy mattered, Hume would not just be a temporary replacement, but, sadly, that world does not exist, even within a fringe programing niche.

Of course, what will also dictate the post-election Fox News lineup will be whether Trump loses and, if so, by how much. A significant loss would likely mean that Hannity will follow Van Susteren out the door, especially if there is a “Trump TV” option on which he can land. Bill O’Reilly would take longer to oust, but such a result might be the beginning of the end for him as well.

Normally, a Democratic win would be good for Fox News in the ratings war, but Hillary Clinton is extremely old news and very boring. Also, like with almost everything else in this unprecedented campaign, the Donald Trump factor has flipped many of the usual rules of self-interest upside-down and created unpredictable outcomes. Consequently, changes at Fox News, which in my view are long over-due, may just be getting started, or might soon end.

John Ziegler is a nationally-syndicated radio talk show host and documentary filmmaker. You can follow him on Twitter at @ZigManFreud  or email him at johnz@mediaite.com