The White House Has a Serious Fox Problem
video

The White House Has a Serious Fox Problem

For a while now, the White House has had what you would call a “Fox problem.” This problem has plagued the Obama administration for a while. They’ve been trying their darnedest to keep it as far away from them as possible, but they’re never able to shake it; a thorn in the side of the White House just won’t go away, no matter what tactics they try to stop it.

I’m referring, of course, to this. 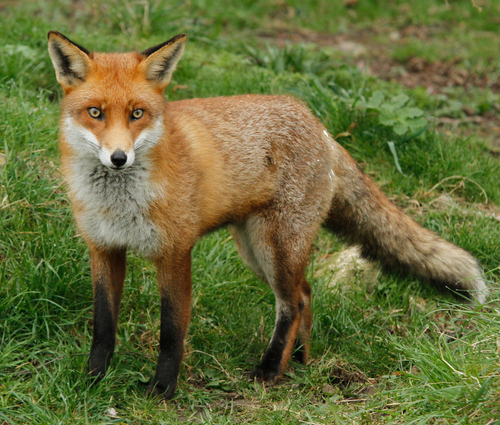 Yes. An actual fox. God, what did you think I meant?

The Wall Street Journal has a profile out of this majestic creature that reads like two parts Fantastic Mr. Fox and one part Frank Underwood. (The preface includes the lines “In cutthroat Washington fashion, he saw weakness and took advantage. Now he rests and plays uninhibited at the seat of power.”)

And for some reason, at one of the most securely-guarded buildings in the world, no one can catch it. It’s even tripped alarms on the White House grounds. The superintendent of those grounds said, “We don’t mind that he passes through, but we don’t want him to stay.”

The fox started getting noticed during the government shutdown and has proved to be quite a nuisance to the White House ever since. (Which means we should probably start calling it Ted Cruz.)

And, because it’s Friday and I have no other good way to end this, here’s the most relevant video to share here.